Yulai – The Republic Fleet has deployed taskforces to key regional border systems in the disputed territories between the Amarr Empire and the Minmatar Republic. CONCORD's Inner Circle was given notice of this action by Minmatar delegate Keitan Yun.

"The Minmatar Republic cannot stand by and tolerate the recurring violent suppression of our brothers and sisters in slavery by the Amarr Empire. The Tribal Council has instructed the Sanmatar to mobilize the Republic Fleet and enforce a blockade of the border with the Amarr Empire. I must inform the Inner Circle that Minmatar taskforces have been sent to Auga, Isbrabata and Vard to secure the gates leading from Heimatar and Metropolis into the Empire." 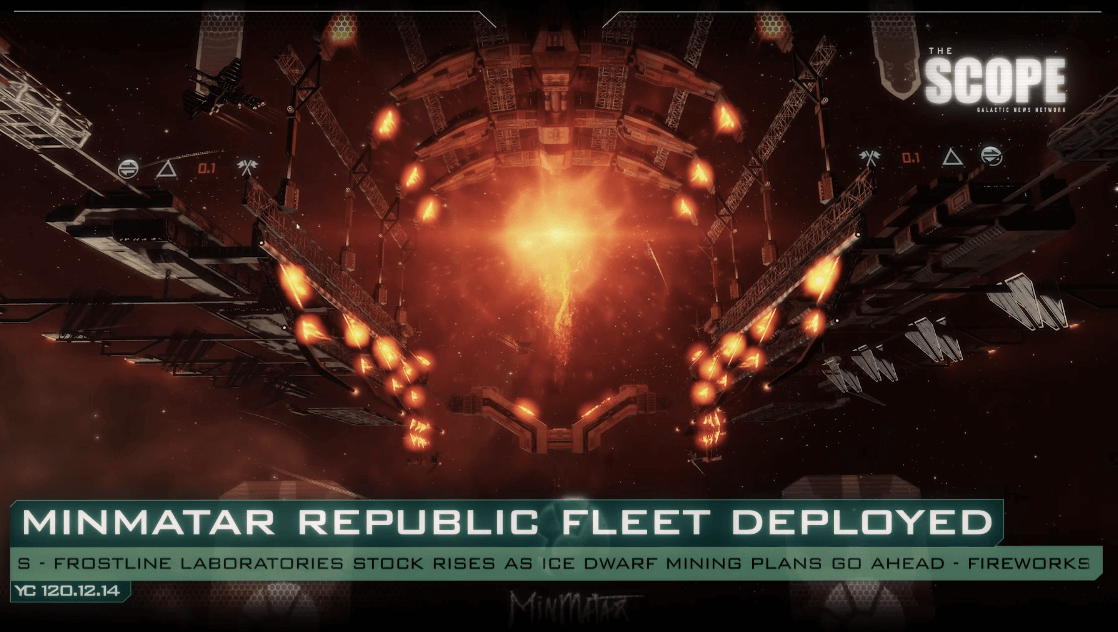 The Amarr Delegate to the Inner Circle, Captain Marshal Sirdan xer Qosh confined his response to condemning the Minmatar Republic's action, describing it as "precipitous and a naked attempt to capitalize on the misery produced by Blood Raider terror attacks." Captain Marshal xer Qosh then left the Inner Circle session to consult with the Imperial Privy Council.

The Inner Circle remains in emergency session but the Scope understands that the meeting has been suspended as all core empire delegates are presently consulting with their respective national governments. CONCORD has confirmed that the Republic Fleet's actions are technically legal under the CONCORD Emergency Militia War Powers Act of YC110.

The Gallente Federation has issued a call for calm and negotiation, while repeating its stance that military suppression of slave revolts is "a gross violation of human rights and those perpetrating it remain subject to sanctions."

Caldari State authorities have remained closed-mouthed and the CEP's formal position is that the internal affairs of the Amarr Empire are not a matter for it to comment on.

Khanid representative Sa-Baron Alar Chakaid claimed the Republic's actions to be "a palpable smokescreen for their use of Ammatar traitors to promote insurgency and terrorism across Holy Amarr." The Ammatar Mandate's consular government has made no comment. The Blood Raider Covenant has not claimed responsibility for the terror attacks nor denied its involvement.

The Scope will continue to report on this situation as it develops with further coverage available in the Scope's GalNet bulletins.