The Scope's Galactic Hour with Ret Gloriaxx brings your roundup of the latest news from around the cluster as YC122 ends and YC123 is about to begin, with celebrations being held across the cluster despite a year of invasion and war.

Yulai, Genesis Region – The citizens of New Eden are celebrating across the cluster as the long, war-torn year of YC122 comes to an end amidst hopes that YC123 will be a better year, despite the lingering influence of the Triglavian invasion and simmering conflicts in the border and outer regions. This year's Yoiul Festival has seen record numbers of people travel across the cluster to be with their families, largely due to huge numbers of troops, support staff and construction workers returning from counter-invasion duties and widespread fortification works.

Despite these large movements of people, celebrations in many systems are notably muted due to the grievous losses suffered during the Triglavian invasions. The Caldari State in particular continues to experience political turmoil amidst the disaffection and disillusionment of a population that has seen long-nurtured myths of Caldari military invincibility shattered in the very heartlands of the State. Even still, while protests are certainly being held over the New Year period, some festival spirit remains among the resilient Caldari worker classes. Corporations specializing in brewing, distilling and the manufacture of legal recreational boosters have reported a brisk trade, even if no sales records have been shattered this year.

Celebrations in the Federation have similarly been unusually low-key, with politicians urging that respect and remembrance for the lost systems and support of survivors and refugees are vital. Even so, many in the Federation feel that their way of life should not be sacrificed and are celebrating the passing of the year with some gusto. The story is similar in the Republic which, despite escaping the worst of the invasions, lost the relatively well-populated Skarkon system and the colony system of Krirald. However, celebrations of the passing of the years are being observed by those clans and tribes that have developed such traditions with respect to the New Eden calendar.

The Amarr Empire observes the Yoiul Festival as a holiday since the Emperor Heideran VII made it one under the auspices of his Pax Amarria doctrine. Even though the Empire now follows the Pax e Kilizhi Do doctrine of Empress Catiz I, the religious observance of the festival and the New Year remains an important holiday. Ceremonies of thanksgiving have been held for the service of the Amarr military, the establishment of 35 fortress systems, and the overall 91 system victories of the Amarr Empire; together with services of remembrance for the Empire's relatively light losses.

Capsuleers across New Eden are also celebrating the New Year, with one especially notable gathering planned to be held in Pator at the Eternal Flame statue in system tonight, and a New Year Weekend Starlight Ball planned with open invitation to EDENCOM loyalists. 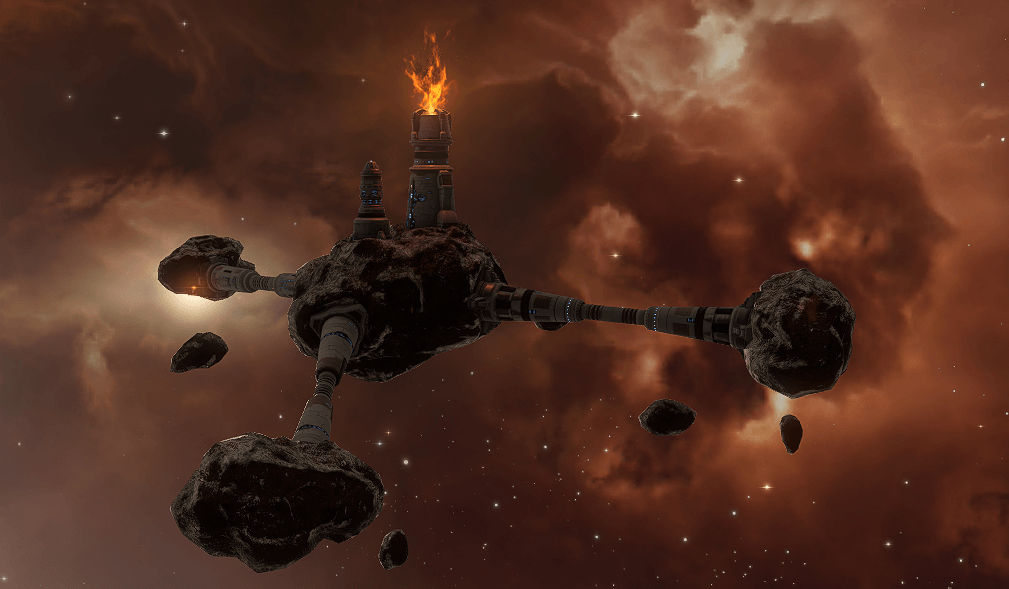 Prime Minister Efrit is the current clan chief of the Oks-Efrit of the Krusual Tribe and has served as a member of the Republic Parliament for several terms over the last three decades. Efrit also served as head of the Krusual Trade Assembly for some years between parliamentary terms. Prime Minister Efrit is a clan cousin of Valklear General Kril Efrit, leader of the Skarkon Tribal Resistance Army.

Khalsis Sokior was considered a safe pair of hands, content with the administration of the Republic government but faced severe challenges during the Triglavian invasions and the Floseswin conflict. A parliamentary insider told the Scope that, "Sokior is a fine woman and able but the truth is that war is upon us, and Khalsis Sokior is not a wartime prime minister." Sokior retires with honors to her family holdings near Kulburis on the coast of Coricia, Matar.

Among other appointments, the Tribal Council also promoted Hetman General Kanth Filmir to the position of Supreme Commander of Republic Forces, Metropolis Region.

M2-XFE, Delve Region – Capsuleer warlord coalitions Imperium and PAPI have clashed in a titanic battle over a heavily fortified Keepstar in the M2-XFE system of the Delve region. Preliminary reports indicate the loss of nearly 700 capital ships, with almost 250 Titan-class vessels destroyed in one of the largest battles witnessed in the Outer Regions. Final tallies await confirmation but the scale of capital ship losses may make this the most costly battle in the history of capsuleer alliance warfare.

Lonetrek Region – Caldari State authorities are reporting a massive series of raids carried out across the Lonetrek region have "successfully captured or eliminated a number of anarchist terrorist cells." Reports indicate that State Peacekeepers carried out operations on a number of planets, asteroid colonies and space stations in conjunction with Home Guard, Lai Dai Protection Services and Spacelane Patrol security troops. A report from Torrinos claims there was an extensive firefight and a series of explosions aboard the Caldari Provisions station orbiting Torrinos V, Moon 10. Other reports indicate a massive State and corporate security presence in Lonetrek population centers..