Caille, Gallente Prime – President Celes Aguard has formally assumed leadership of the Gallente Federation following her inauguration today in Caille, the traditional capital of the Federation Union of Gallente Prime. Under heavy security, outgoing President Jacus Roden administered the oath of office to President Aguard on the Dais of the Four Freedoms in Liberty Square, Central Caille.

Despite the unusually high security measures, a consequence of the February Election Attacks, large crowds thronged Liberty Square, Crystal Boulevard and many streets of Central Caille. With so many from the diverse communities of Caille on the streets, and with many interstellar visitors, a carnival atmosphere was achieved, despite the ubiquity of Caille Gendarmes and Federal Police.

After administering the Presidential Oath to Celes Aguard, Jacus Roden made a short valedictory address in which he pledged to "continue to serve the peoples of the Gallente Federation in any and every way that I can." Jacus Roden's plans for private life are not known and he has made himself available to the Aguard administration's transition team in the short term. 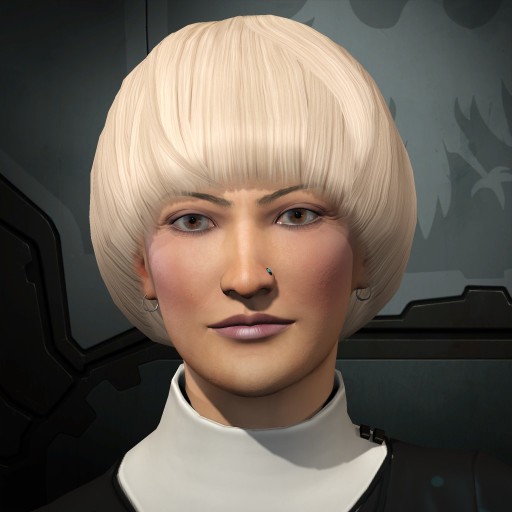 Making her inaugural address, President Celes Aguard thanked Jacus Roden for his presidential service and for "resolutely and loyally ensuring a peaceful transfer of power in the democratic tradition of our great Federation, despite grave and vicious attacks on our way of life."

"Our Federation is a shining beacon of liberty in this universe, providing a realm for all the people to pursue their prosperity, with all their vital diversity, and in unity with their fellow citizens. As it has been, so it shall be under my administration and this Gallente Federation will be for all the peoples who live within it, no matter where they live. Whether it be Luminaire or Reblier, Crux or Beyt, Essence or Solitude, all the territories of the Federation will receive the support and security they are due under my administration.

"Nor shall my administration seek to impose a central vision on the many and varied cultures of our diverse and far-flung Federation. The principles of autonomous democracy, local sovereignty and co-operative federation will be upheld and strengthened by my federal administration. Equally, the unity and prosperity of our great Federation is threatened by interstellar war and internal threats alike. My administration places the highest importance on achieving peaceful co-existence with our neighbors, and total and implacable resistance to those who would destroy our way of life, whether that be by invasion, terrorism or subversion.

"My fellow citizens of the Federation Union, you have placed the highest trust in me and I am deeply humbled by it. I shall serve you and the principles of our great Gallente Federation until my dying breath. Peace, prosperity and liberty to all!"

Representatives of the other major empires were present at the inauguration and are understood to have had meetings with President Aguard. From the Caldari State, Hyasyoda CEO Ahtonen Osmon, Lai Dai CEO Alakoni Ishanoya, and Sukuuvestaa CEO Kuikiainen Onita represented the Chief Executive Panel.

For the Amarr Empire, Lady Ersilia Kor-Azor and Lord Tunir Tash-Murkon headed a delegation keen to establish improved diplomatic and trading relations with the new Gallente administration. Lord Governor Ekroz Salaf of the Ammatar Mandate was also in attendance, while the Khanid Kingdom was represented solely by its ambassador to the Federation.