The Scope's Galactic Hour with Ret Gloriaxx brings your roundup of the latest news from around the cluster, as Skarkon falls to the Triglavian invaders and EDENCOM issues an urgent evacuation warning to all residents of conquered systems. 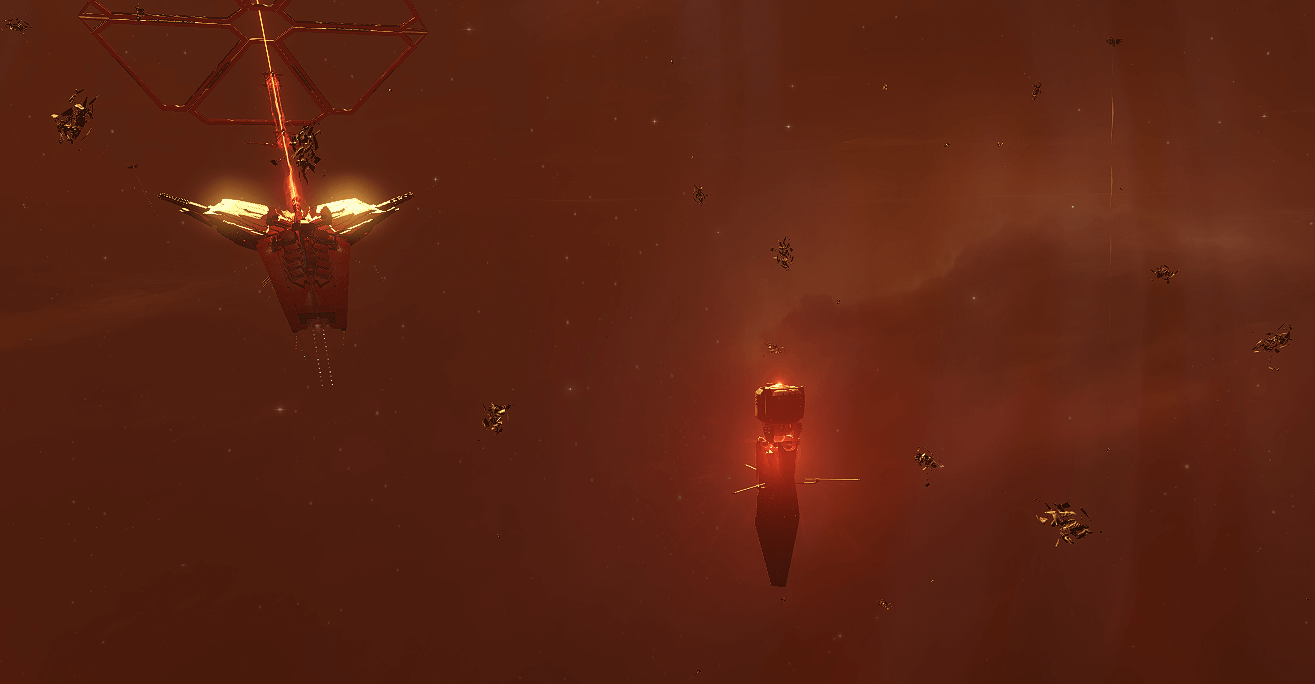 Above: Triglavian Transmuter begins operation in Skarkon amidst wreckage field from intense battle

Skarkon, Molden Heath – Despite very heavy resistance from EDENCOM forces, Republic Fleet elements and loyal capsuleers, the system of Skarkon in the Minmatar Republic's Molden Heath region has fallen to the Triglavian invaders and their capsuleer allies. Intense fighting between capsuleers loyal to EDENCOM and capsuleers supporting the invaders took place over two days, including a number of capital ship engagements.

EDENCOM regulars and the Republic Fleet offered fierce resistance to the Triglavian assault across the system, with particularly heavy fighting over the establishment of the Triglavians' "Dazh Porevitium Transmuter" structure, known to many as a "star harvester". Operations by the Republic Fleet to thwart the Triglavians suffered from the remoteness of Skarkon from the heart of the Republic's territory. Relatively few capital ship wings limited the Skarkon Territorial Guards and Republic Fleet's largest vessels to operations supporting the desperate efforts to fortify Skarkon II while evacuating as many as possible.

Triglavian forces are reported to be concentrating on establishing the full operational status of their transmuter and the typical ancillary infrastructure established in a system under "Final Liminality", following a particularly intensive campaign in system. Mining and industrial processing colonies on the outer planet of Skarkon V have reported sporadic sensor readings indicating Triglavian flights but evacuations of the planet's colonies are proceeding unhindered.

Sanmatar Maleatu Shakor and the Tribal Council have issued an order for all possible evacuations to be supported by the entire Molden Heath Territorial Guards and all Republic Fleet units that can be spared from counter-invasion duties in the region. The Tribal Council has also authorized the system government of Khumatar Kril Efrit to institute a wartime state of emergency across all planetary and orbital territories. Sanmatar Shakor has authorized EDENCOM to support efforts to fortify Skarkon II and respond to Triglavian incursions. 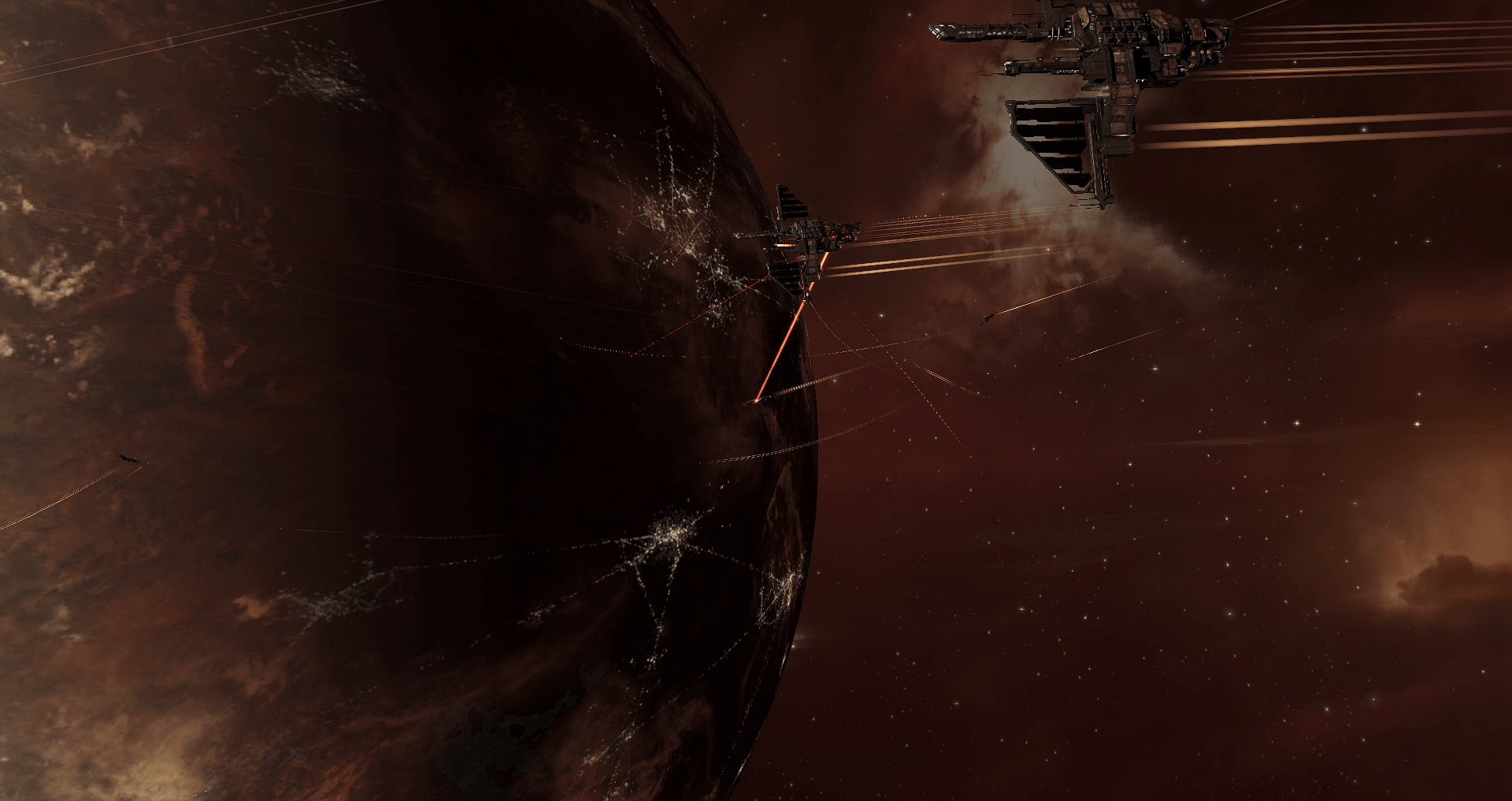 Above: Republic Fleet forces in combat with Triglavian forces above Skarkon II

Arshat, Domain – EDENCOM Command has issued an "Urgent Evacuation Advisory" to residents of "all orbital bodies, colonies, stations and structures" in systems under total occupation by the Triglavian Collective, the so-called "Final Liminality" systems. This latest notice increases the advisory level from "strong" to "urgent" and now encompasses all space-industrial infrastructure.

Provost Marshal Kasiha Valkanir is understood to have authorized increasing the level of the advisory and expanding its scope following a meeting with scientists analyzing the captured "Dazh Porevitium Transmuter" in the Arshat system. A multi-empire taskforce of scientists has been working out of a heavily-guarded Imperial Stellar Observatory and aboard the captured transmuter to assess the impact of its operation.

The Arshat transmuter is apparently running at its lowest possible power level. Scientists have refrained from cutting off the "stellar manipulator beam" both to study it and out of "an abundance of caution". The research team claims the low-power beam is having a "minimal effect" on the Arshat star and "the lack of an extensive array of zero-point mass-energy entanglers constrains the transmuter's operations."

The briefing with Marshal Valkanir was classified and no details have been released. However, EDENCOM and CONCORD sources indicate a markedly increased level of concern at the ultimate fate of the systems surrounding the stars under the full influence of Triglavian transmuters. 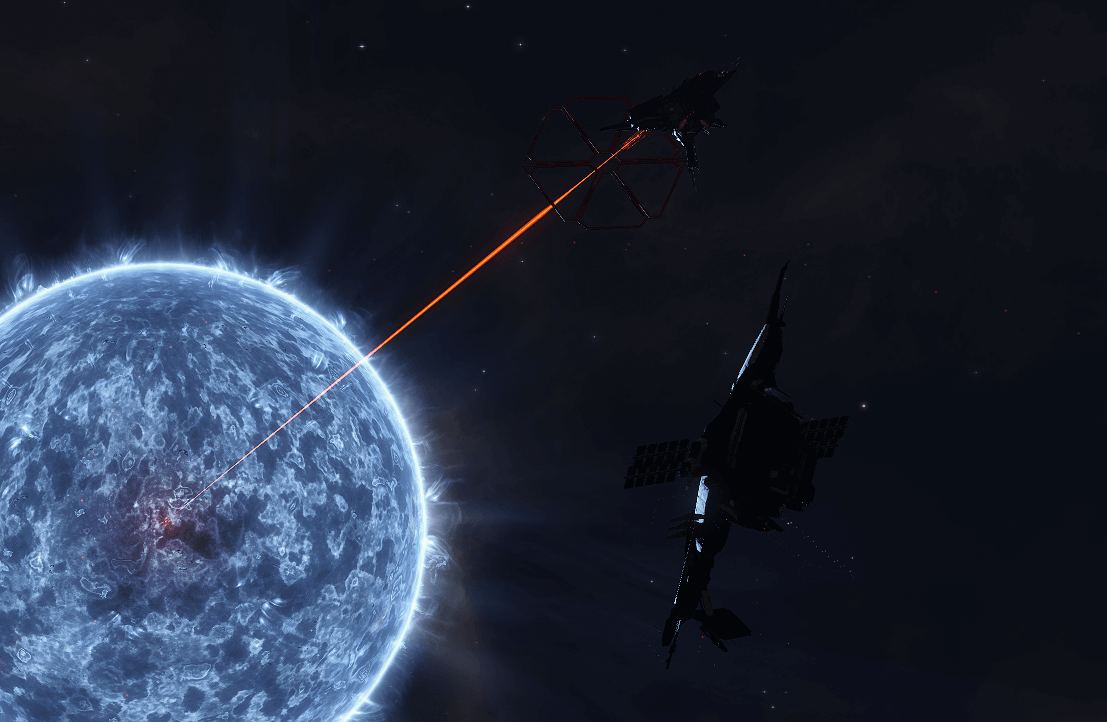 Skarkon, Molden Heath – Correspondents on Skarkon II describe the situation on the planet as one of "total chaos" despite the efforts of the Minmatar Republic and the Khumatariat government in system. Relatively well-populated for a remote border world, Skarkon II has numerous urban population centers and large industrial colonies scattered across the planet. A planetary conflict has also been ongoing for more than a year, since a turf war between the Angel Cartel and Krullefor Organization crime syndicates escalated to a major guerilla war. Interests ranging from Caldari megacorporations, interstellar mercenary groups, capsuleers and warclone groups have been locked in a complex war over the destiny of the planet.

Khumatar Kril Efrit was assigned as System Governor of Skarkon to bring his "expertise in overseeing counter-subversion and counter-terrorist operations" to a situation where planetary authorities on Skarkon II were regarded by the Tribal Council as "hopelessly corrupt". Khumatar Efrit has initiated a number of measures, including co-opting Krullefor and Seykal Clan mercenary units as members of the "Unified Tribal Security Forces" on Skarkon II. A large contingent of Seykal Expeditionary Group troops was recently landed to further bolster the Skarkon Territorial Guards, RSS special forces and existing Republic-aligned PMC forces.

Independent warclone and capsuleer groups claim that their campaign on Skarkon II is aimed at fighting against an alleged conspiracy between the Republic Security Services, Thukker organized crime clans, and Caldari megacorps aligned with the PKN Interstellar consortium to control Skarkon. The presumed goal of this conspiracy is to use Skarkon as a base from which to exert domination over Molden Heath's lucrative trade and smuggling routes.

The system government of Khumatar Kril Efrit has dismissed such conspiracy theories as "ludicrous on their face" and pointed to documented cases of independent warclone co-operation with the Angel Cartel and Amarr Empire-aligned capsuleers. Khumatar Efrit has also released intercepts purporting to show warclone co-operation with pro-Triglavian terrorist cells and capsuleers fighting to conquer Skarkon.

"It is clear that the agenda of the so-called 'independent warclones' has always been to work with anyone who will satisfy their lust to dominate the people of Skarkon, and how banal, how fitting, that ultimately these twisted transhumanist butchers should throw in their lot with the Triglavian invaders," said Khumatar Kril Efrit. "These warclones can either leave, taking only their own worthless hides off our planet, or they can die. Any attempt at moving any Skarkon civilians off-planet by these invaders will be considered slaving under cover of war."

Khumatar Efrit's remarks were made following a briefing on his authorization of AEGIS commandos and SARO's "Red Troop" anti-warclone units to operate freely on Skarkon II. As all those on Skarkon II await the inevitable Triglavian landings, Republic evacuation flights continue even while thousands of troops prepare for the coming battle to control the planet. 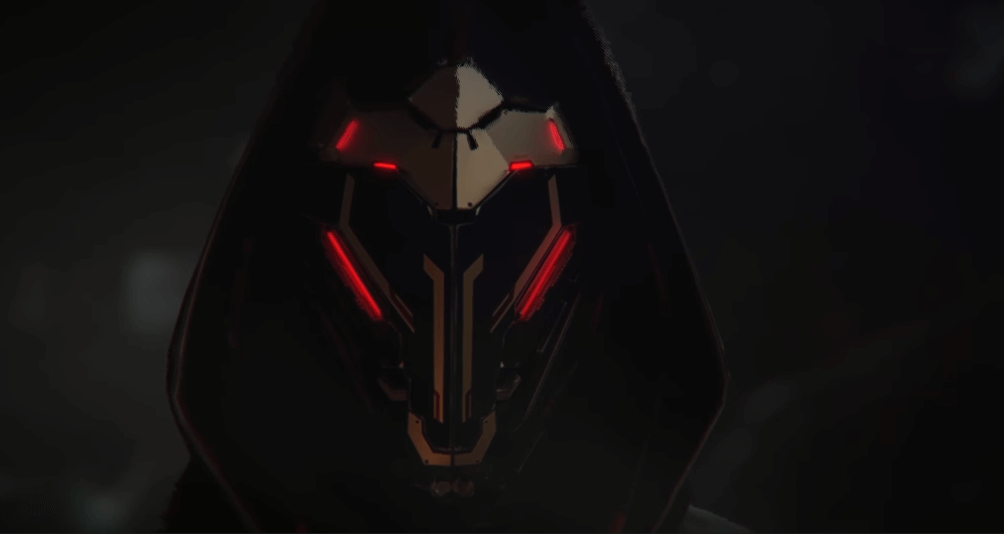 Skarkon, Molden Heath – According to multiple capsuleer sources, a message from Triglavian Collective spokesperson Zorya Triglav, claiming "Totality Approaches", has been broadcast via Triglavian "Semiosis Consoles." The message available widely on GalNet has been interpreted by many capsuleers as indicating the Triglavian invasion is approaching its ultimate goal. EDENCOM Intelligence for its part is reported to be deeply concerned by the broadcast, and the subsequent multiple and uncontrolled uploads of the data to GalNet and other communications networks.