The Scope's Galactic Hour with Ret Gloriaxx brings your roundup of the latest news from around the cluster, as the Minmatar Republic marks Liberation Day amidst news the Floseswin IV offensive has driven Amarr forces from the planet, and the Caldari State reckons with the loss of Ichoriya to the Triglavian Collective.

Matar, Pator – News of the retreat of Amarr forces from Floseswin IV has lent a carnival atmosphere to many of the Liberation Day celebrations across the Minmatar Republic and wider Matari diaspora, today. Sanmatar Maleatu Shakor struck a triumphant note amidst the remembrance of those still enslaved during his speech from the Great Caravansarai on Matar. Republic Fleet Ragnarok-class Titan battlegroups are also in parade formation at key locations across the Republic to mark Liberation Day.

"Today, we celebrate the 142nd anniversary of the Great Rebellion and the liberation of the Matari spirit and people. Even still, we must never forget those who never saw the light of freedom in their lifetimes and we can never cease our efforts to liberate those who remain in bondage across New Eden. Let us also hail the liberators of Floseswin IV who have swept the Amarr invaders of that world before them and back into space! Floseswin's people are and shall remain Matari and free!" 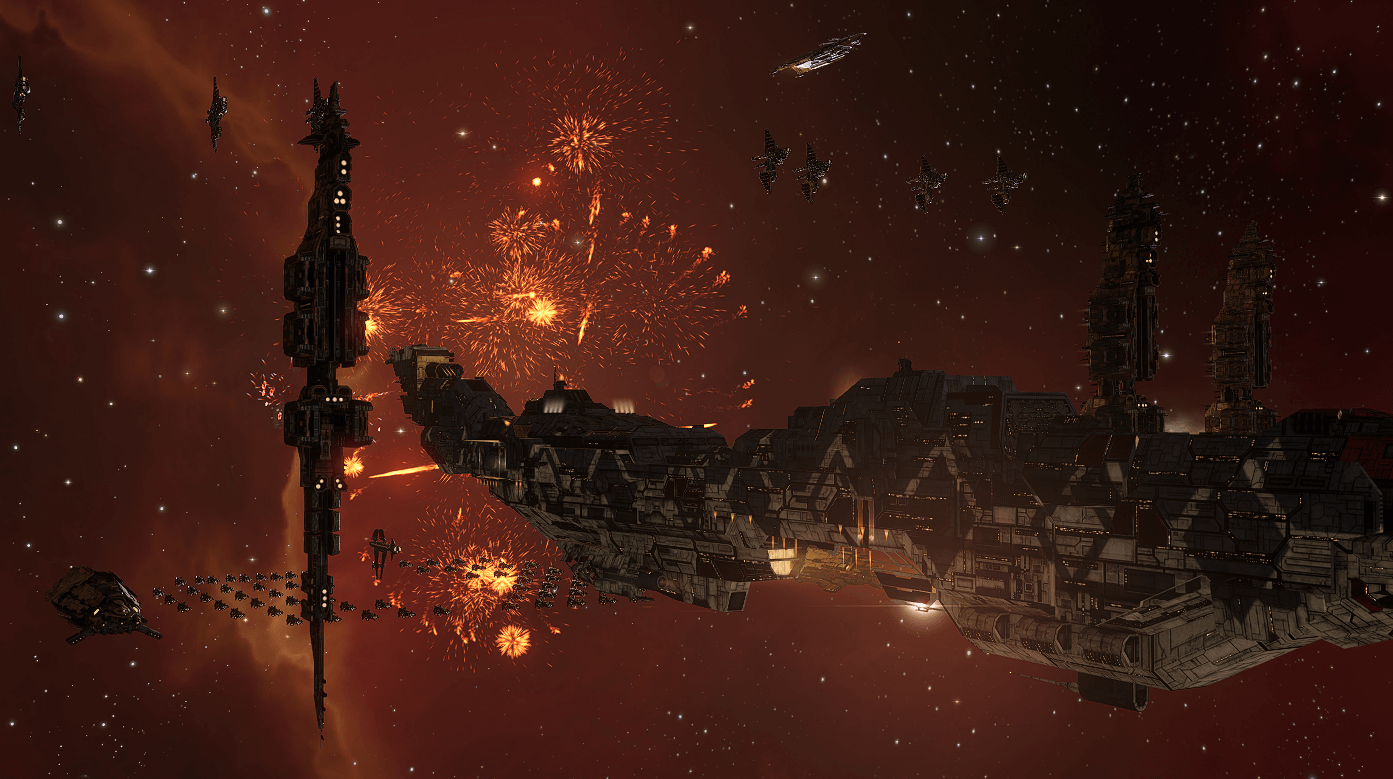 In Floseswin itself, the recent acquisition of system control by forces of the 24th Imperial Crusade did not translate into altered fortunes for House Sarum and allied forces on Floseswin IV in the last two weeks. The Minmatar Republic's Southern Floseswin IV Army, under the command of Hetman General Kanth Filmir, had been able to keep up pressure on the beleaguered Amarr forces trapped in two pockets centered on the cities of Port Kul and Jolan Kraal.

Reports from Jolan Kraal indicate a major uprising took place last night with heavy fighting taking place around key infrastructure. Forces under the command of the Khanid warlord Alar Chakaid were evidently unable to maintain control of the city's shield generators as the defenses fell later this morning. The SFIVA's 2nd Army Group subsequently broke through and, although confused reports indicate continuing Amarr resistance, the liberation of Jolan Kraal is certain.

At Port Kul, House Sarum forces under Colonel General Vikhtor Mazari appear to have taken the decision to evacuate amidst a major uprising in that city and shortly after the situation in Jolan Kraal became clearly untenable. Reports indicate that House Sarum forces and allies from House Ardishapur used Redeemer-class battleships to establish an evacuation jump link to Arzad while Port Kul's orbital defense batteries provided covering fire. An unknown number of troops and support personnel were evacuated before Port Kul's defense batteries were destroyed by Brutor Vanguard Skalmöld-variant planetary assault dreadnoughts.

Large numbers of House Sarum troops remain in Port Kul and General Mazari is reported to be directing the rearguard action. The status of Duke Alar Chakaid is unknown at this time. Hetman General Kanth Filmir has broadcast a general communique calling on all Amarr forces to surrender or face certain death at the hands of the combined SFIVA/Resistance forces.

The situation on Floseswin IV has been keenly followed by Minmatar capsuleers, with their repeated efforts to support the SFIVA and resistance cited by both Sanmatar Shakor and General Filmir. As well as visiting parade formations of Republic Fleet ships throughout key Minmatar systems, Minmatar capsuleers will be marking the Liberation Day celebrations with their own Tribal Tournament events in the Dal system. 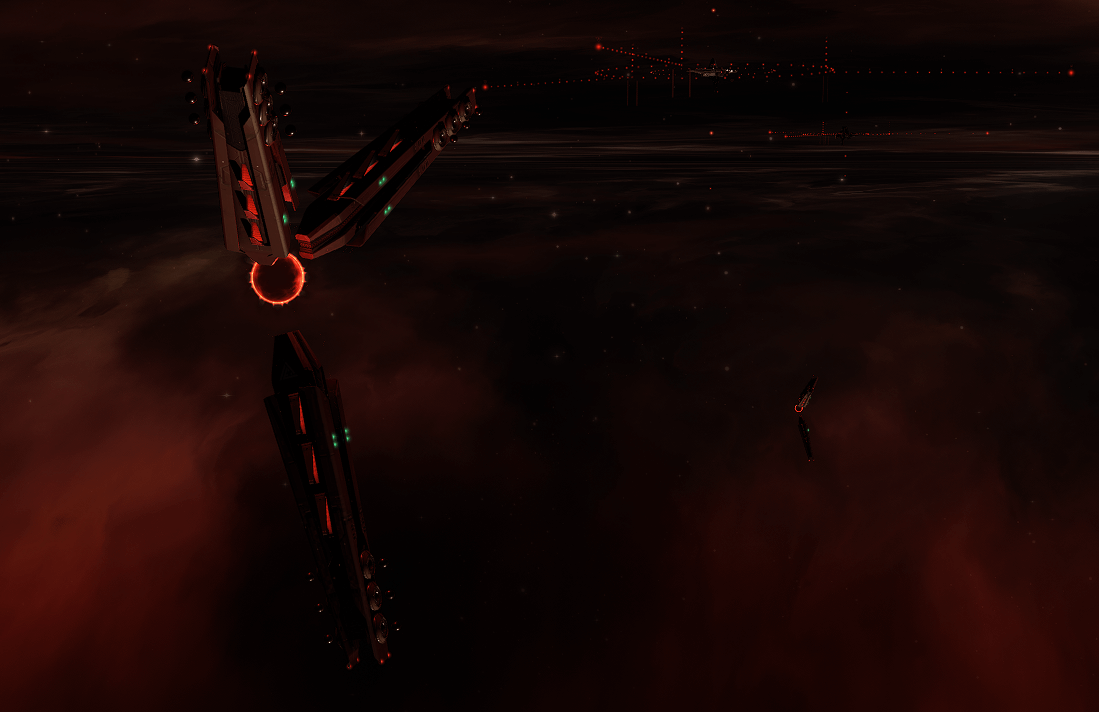 New Caldari Prime – The fall of the Ichoriya system to Triglavian invaders, despite very heavy fighting and a strong resistance effort by EDENCOM capsuleers, has led to serious recriminations among the Caldari executive classes and an increase in protests by workers across the Caldari State. The loss of Ichoriya, a key and formerly secure system in Black Rise, has put in jeopardy Caldari Navy and Kaalakiota Corporation logistics operations vital to Caldari militia efforts in the contested systems of the region.

While Ichoriya has a low population, with efforts primarily geared towards extraction of resources from the gas giants and moons of the system, the fall of a fourth Caldari system is a serious blow to the State. Caldari Navy tactics and equipment used in the fight against the Triglavian invaders have come in for severe criticism from pro-EDENCOM and Caldari capsuleers alike. Questions have been raised as to the state of Caldari Navy leadership and training, with some noting that Caldari corporate forces have done much better when involved in engagements with Triglavian fleets.

In the meantime, very heavy fighting continues in Nalvula, with Caldari corporate security forces attempting to repel Triglavian ground forces. The response from Triglavian Collective invasion units has reportedly included frequent use of orbital bombardment, and heavy suborbital and surface weapons. Broadcasts from Nalvula's planets are severely disrupted and becoming harder to maintain as invasion forces expand their footholds on the surface.

In Sakenta, the heavily-industrialized barren planets have apparently been invaded very rapidly by Triglavian forces. Contact with underground colonies has been lost and surface facilities are reporting heavy Triglavian activity. Caldari Navy and State Peacekeepers have mounted a resistance campaign on the temperate planets but Triglavian war machines and drones are steadily eroding their defenses.

Arvasaras, the third system lost by the Caldari State, is noted for the industrial exploitation of its valuable primordial worlds, known colloquially as "lava planets". Other planets have small populations in colonies mostly concerned with scientific and surveying operations. Communications are so far intact and reports indicate some Triglavian landings with no direct contact so far.

Observers of the Triglavian invasion strategy have suggested that their doctrine adopts a "total war" stance when they are challenged by serious opposition. Total eradication of armed resistance has been noted many times over on different planets, particularly on Caldari worlds where active defense has been attempted in the face of overwhelming Triglavian forces. The Triglavian strategy may be aimed at encouraging settlements on future conquered planets to surrender without resistance but it is unclear that this is the reason for their violent response to armed resistance.

In the State, protests have been increasing in number and crowd size as Caldari losses mount. Workers express anger and frustration at the failures of Caldari Navy forces openly and even the cities of New Caldari Prime have seen huge protests despite heavy corporate police presence. Mid-tier executive class chatrooms and holobars are said to be hosting heated discussions and a rising tide of dissent at the course of Caldari State management of the war so far. Criticism of EDENCOM's alleged favoritism towards the Amarr Empire is also on the rise, in an unusual departure from executive class practice of making no adverse comment on their allied empire.