The Scope's Galactic Hour with Ret Gloriaxx brings your roundup of the latest news from around the cluster as CONCORD's Inner Circle slashes the income of the New Eden Defense Fund and deadlocks over militia warzone peacekeeping, while tensions escalate in occupied territories.

Yulai, Genesis – CONCORD's Inner Circle has agreed to a provisional reduction in the funding provided to the New Eden Defense Fund via general taxation across the "Big 4" core empires and associated territories. Despite a strong appeal to maintain centralized funding levels from EDENCOM's Provost Marshal Kasiha Valkanir, delegates from the empires were insistent on the changes in an unusual show of unanimity.

Reports from sources close to the negotiations suggest that the consensus for reducing New Eden Defense Fund income is a case of disparate state interests aligning behind a particular measure, rather than an example of warming interstellar relations. In particular, the Amarr Empire and Gallente Federation have both shown signs of increasing impatience with the large burden placed on their economies by the New Eden Defense Fund and the New Eden Common Defense Initiative (EDENCOM).

Domestic outlays on infrastructure and military spending have increased considerably in recent months for the two largest star empires. The Gallente Federation has been embarked on a large program of public works focused on its periphery districts, while also accelerating military recruitment and rebuilding as the need to address more traditional threats reasserts itself in the aftermath of the Triglavian invasions. The Amarr Empire has also been spending vast sums on its own military rebuilding program, while pursuing a major security crackdown on heretics and dissidents.

For their own part, both the Caldari State and Minmatar Republic have been strong critics of the way in which the New Eden Defense Fund and EDENCOM have been administered, particularly in terms of the balance of fortifications along empire borders. The Minmatar Republic has previously stated its concern that EDENCOM has become a means for "aggressive state actors to advance their military objectives and consolidate gains contrary to the Yulai Accords," in a formula that is understood by all as an accusation of EDENCOM partiality for the Amarr Empire.

The Caldari State has chafed under the funding agreement since the Triglavian invasions resulted in a disastrous loss of systems, and EDENCOM policy has come in for heavy criticism from megacorporations keen to offer disgruntled Caldari citizens an alternative target for their outrage. EDENCOM's fortification and defense operations have also done little to address heavy disruption of Caldari space by Triglavian raiders, prompting Acting CEP Chair Akimaka Saraki to personally instruct the Caldari delegation to vote for the funding reductions. 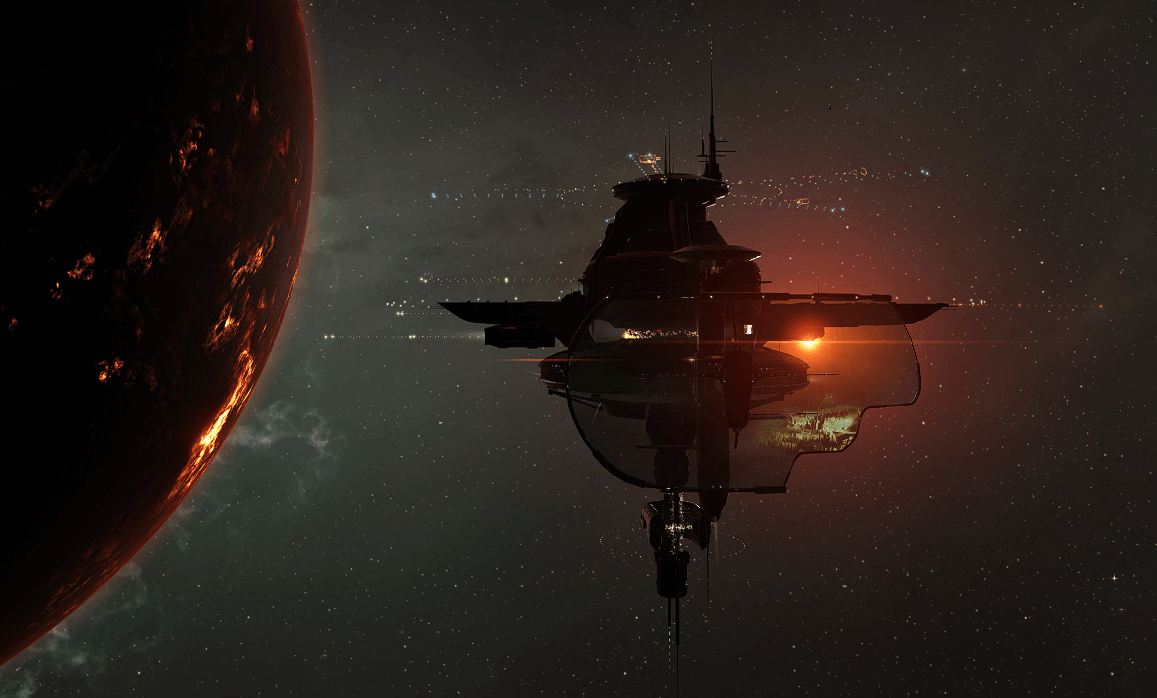 Above: FDU Station in orbit of Intaki II

Yulai, Genesis – Against a background of Amarr and Caldari paramilitary offensives, ongoing discussions at the Inner Circle on the status of the militia warzones continue to be fractious, despite the functional consensus achieved on the New Eden Defense Fund. CONCORD proposals for EDENCOM to carry out a "peacekeeping function" in the CONCORD Emergency Militia War Powers zones were dismissed, while a Gallente proposal to demilitarize temperate warzone planets and place their defenses under local control is considered "unworkable" by many observers.

Capsuleer militia forces aligned with the 24th Imperial Crusade recently achieved complete control of the Amarr-Minmatar warzone for several days, and continue to overwhelmingly dominate the zone. Similarly, Caldari State Protectorate militia forces have captured the vast majority of systems in the Caldari-Gallente warzone. Offensives by the Amarr and Caldari militias over the last 3 months have prompted militant factions within the Amarr Empire and Caldari State to advocate for renegotiation of the fundamental territorial agreements established by the Yulai Accords, alarming CONCORD diplomats and conflict monitors.

Federal Defense Union and Tribal Liberation Force militias have commenced their own counter-offensives, notably liberating the Intaki system after nearly two weeks of Caldari occupation, and pushing the 24th Imperial Crusade out of Helgatild. Caldari State megacorporations have been playing up militia gains as a sign of restored military fortunes, hoping to reduce unrest among worker populations as restrictions on assembly and movement continue to be lifted. Recruitment campaigns for Black Rise colonial developments and megacorporation "asset reclamation operations" in the occupied systems have also increased.

The Amarr Empire's House Sarum has continued to expand and heavily fortify its bases in the Eugides constellation of Metropolis, bordering the Bleak Lands. However, Amarr pressure is also being exerted in the Angils constellation, with reports from the long-occupied and well-populated Klogori system indicating Sarum-aligned forces based on the fourth planet have landed recon forces on the second, third and fifth planets. In a shift from its own more defense-oriented policies, House Ardishapur is also reported to have deployed its recon and survey forces to the occupied Hed constellation in Heimatar region using carriers based out of the heavily-fortified Ammatar Mandate system of Jark. 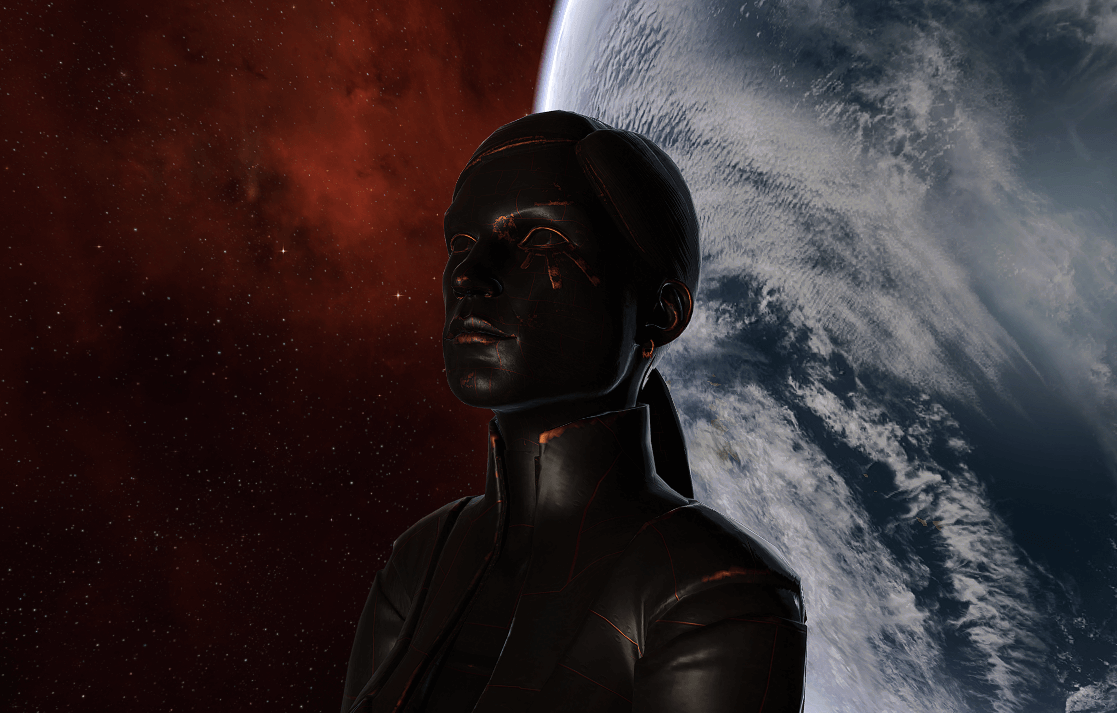 Above: Karin Midular, Ray of Matar monument in orbit of planet Matar

Amnesties Announced after Official Inauguration of Ray of Matar Memorial

Pator, Heimatar – Sanmatar Maleatu Shakor presided over last night's ceremonies to officially inaugurate the memorial statue of the late Chief Karin Midular, the Ray of Matar, in the Orbital Caravanserai of the Tribal Council. In a speech marking the life and achievements of the Ray of Matar, Sanmatar Shakor hailed the late Sebiestor Chief as "a visionary who saw that the Minmatar people are fully capable of once more fluorishing and surpassing the heights of our ancient forebears, and who worked tirelessly towards the day when we would do so in peace and prosperity."

The Sanmatar expressed his deep regret that Midular's commitment to peace had "not borne fruit in her lifetime" but noted that "this was not for want in her inestimable character nor lack of desire in our people for peace, rather war has always been thrust upon us by the violence and rapacity of Karin Midular's greatest foe in the quest for peace: the Amarr Empire!"

Following the official ceremonies, Sanmatar Shakor announced wide-ranging amnesties for "those who many years ago chose to fight for the freedom of the Minmatar by means that necessitated breaking the laws of the Republic and Tribes." The amnesties cover and exhaust all political and terrorist crimes committed by members of specified organizations more than five years ago. Organizations the amnesties apply to include the Bloody Hands of Matar and the Defiants, both organizations officially outlawed under successive Minmatar governments. Blanket proscription of membership of these organizations and several minor groups has also been lifted by order of the Tribal Council. 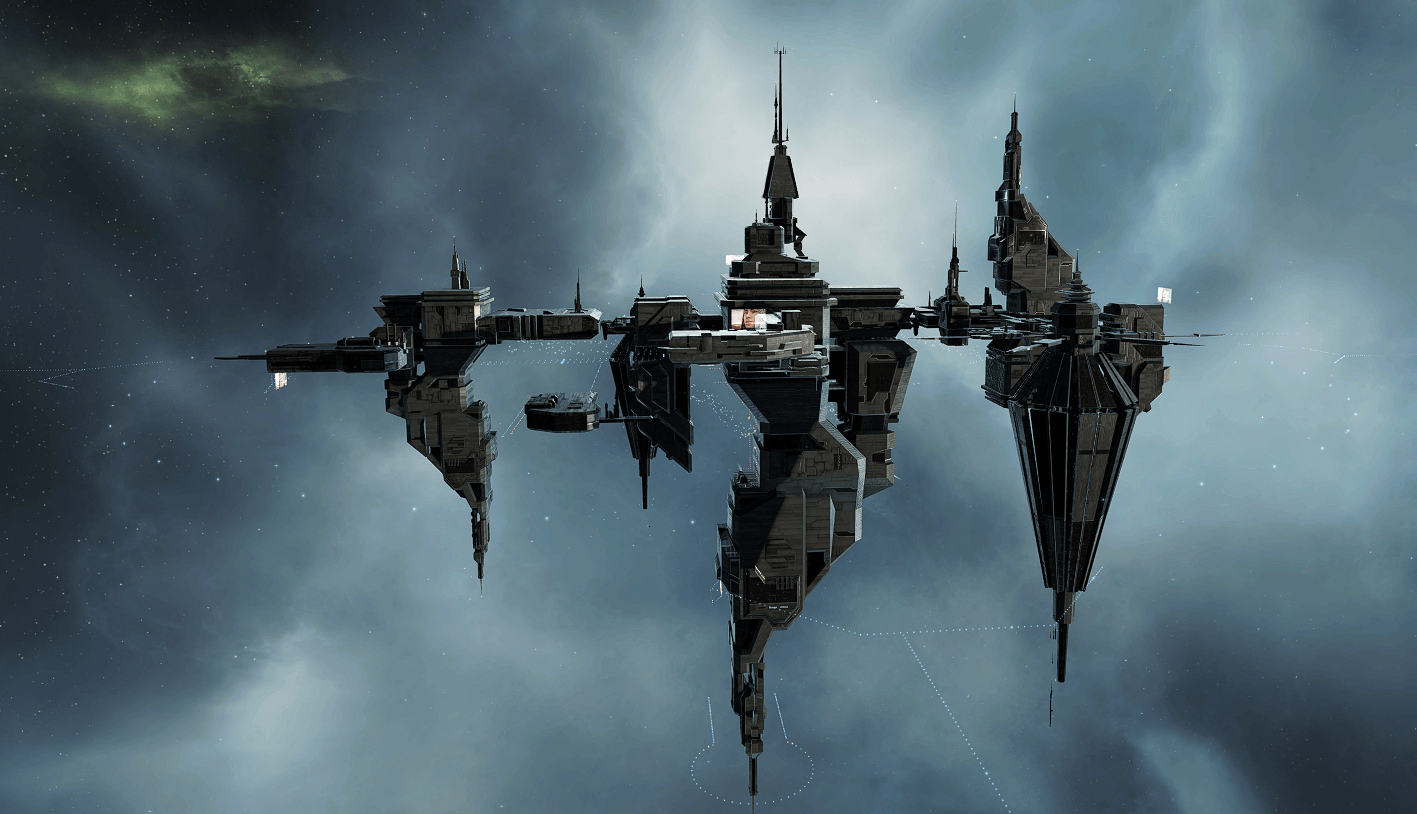 Guristas Pirates Implicated in Raid on House of Records Archives

Autaris, The Forge – Caldari authorities have alleged that the Guristas Pirates were behind a weekend raid on the House of Records Information Center in Autaris system. The raid is believed to have penetrated several secure datavaults in the facility. CONCORD sources have confirmed that a number of disruptive raids were also mounted on several CONCORD stations in the system. DED invesigators are reported to view the raids on the CONCORD stations as a distraction mounted while "the main Guristas infiltration force quietly penetrated the House of Records vaults."

While the Caldari Chief Executive Panel has ordered a full inventory of the data held at the Autaris House of Records archives, there has been no comment from the organization itself. Informed sources have claimed that staff from "Archive K" have arrived in Autaris to oversee the House of Records investigation. Archive K has long been rumored to be a secret intelligence and security branch of the House of Records.

Eugales, Placid – CONCORD's Department for Enforcement of Restrictions on Artificial Intelligence and Life (DERAIL) has reported the arrest of "several hundred conspirators" in an alleged plot to "develop illegal AIs" in raids across the Eugales system. The majority of arrests were apparently carried out aboard the Ezochi Okami, a mobile submarine colony platform operating in the shallows of the Eugales VI storm planet's oceans. Raids were also carried out elsewhere on Eugales VI, and other planets and stations of the Eugales system.

In related news, the Lai Dai Protection Service's 203rd Combined Asset Protection Regiment has arrived in Eugales to carry out "asset reclamation operations" while the system is under Caldari militia occupation. Reports indicate the 203rd has landed a team on the first moon of Eugales V, having filed a notice with the Caldari Business Tribunal that it will carry out "research and survey of anomalies in Eugales system."

Bosboger, Heimatar - In a rare deal concerning Minmatar Republic and Amarr Empire interests, the Quafe Corporation has agreed a lease extension on its raw material harvesting colonies on Bosboger I with the Minmatar Republic, while also agreeing a regime of export tariffs from the planet with the Amarr Empire. The agreements are understood to guarantee the security of Quafe colonies and convoys in the militia warzone system, an important source of materials for Quafe manufacturing installations across the Huvilma constellation.

A Quafe spokesperson said, "We've noticed a significant increase in conflict in the area, and took steps to secure our business interests with our partners in both the Empire and Republic. Bosboger I is an important source of organic materials used by our factories and we expect an increased harvest this year. With transport links secured by these agreements, we are also considering an adventure tourism program as there has been a noticeable increase in the intensity and variety of planetary aurora activity recently."