The Scope's Galactic Hour with Ret Gloriaxx brings your roundup of the latest news from around the cluster, as efforts by the Caldari State and its megacorporations to use the weekend of Workers Union Day to celebrate and encourage patriotism run into growing unrest among ordinary citizens over the calamitous invasion losses suffered by their nation. 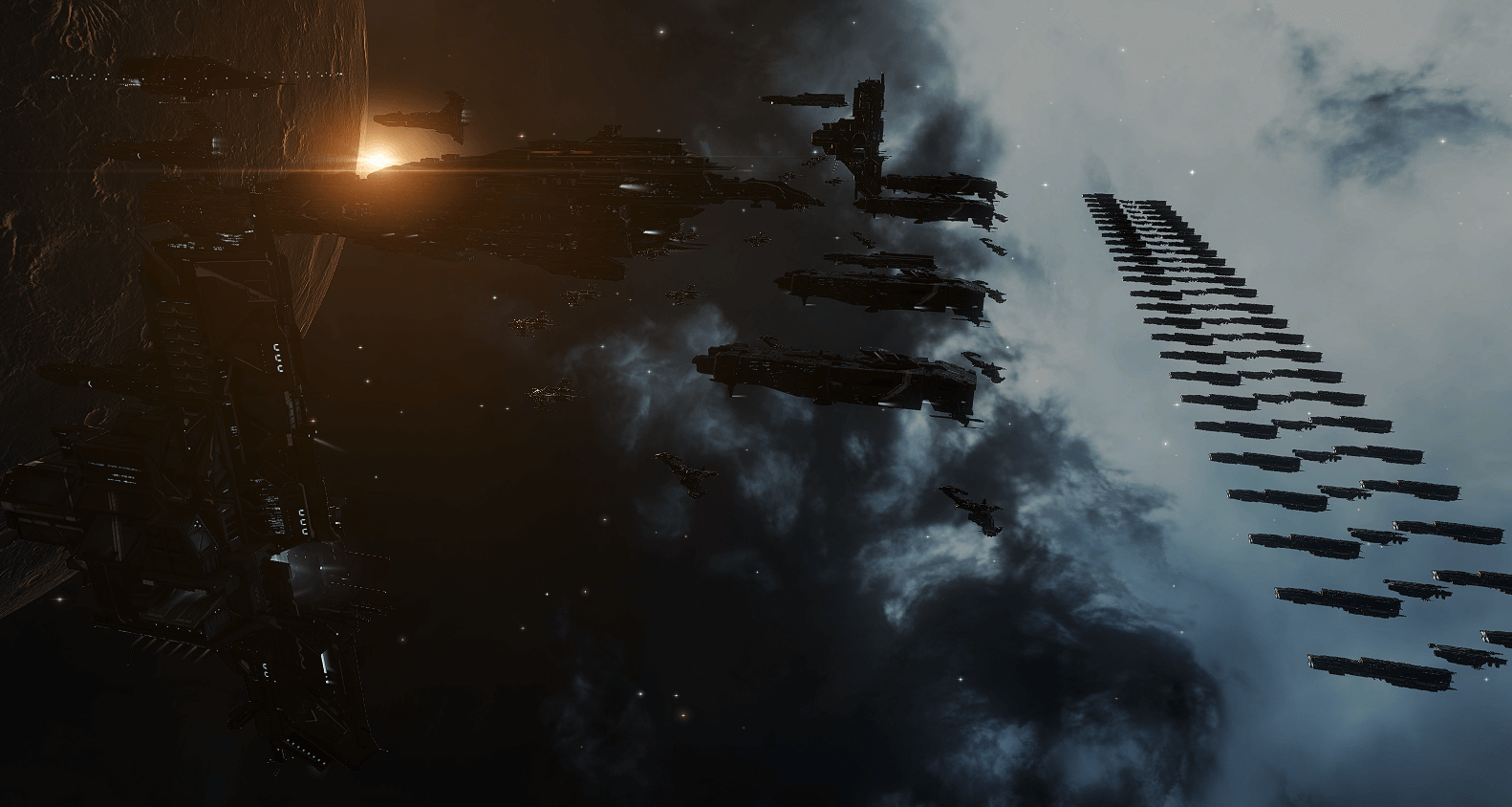 New Caldari Prime – Large Caldari megacorporation security force fleets have been deployed to key systems in parade formation over the weekend of Caldari State Workers Union Day. Leviathan-class Titan battlegroups from each of the corporate security forces of the ruling "Big 8" megacorps are positioned in corporate headquarters systems with their presence broadcast prominently on holonets across Caldari territories.

Projection of power by the ruling megacorporations of the Caldari State has often been a notable feature of the State Workers Union Day celebrations. Traditionally extending over a weekend period, the Chief Executive Panel's megacorporations have often used the occasion to hold summits on economic planning and trade agreements. This year an extended summit on the Caldari State's security situation as a consequence of the Triglavian Invasions is dominating all agendas.

Separately, the Big 8's corporate security forces have participated in the annual Haadoken Summit and Security Training Games. The combined security forces of the ruling megacorps are continuing to push for wholesale reform of the Caldari Navy and other state military organizations under direct corporate security oversight and command. The Security Training Games did not attract record viewing numbers on the holonets this year, but the rankings were topped by Lai Dai Protection Service, with the participation of many seasoned veterans from their far-flung operations.

While patriotism and corporate loyalty are always themes of State Workers Union Day celebrations, the CEP and Big 8 megacorps have been at pains this year to emphasize the necessity of "sacrifice and service" to the Caldari State and "Mother Megacorp". Despite the best efforts of Caldari State and megacorporate authorities, the usual festival air accompanying Workers Union Day celebrations has been distinctly muted. 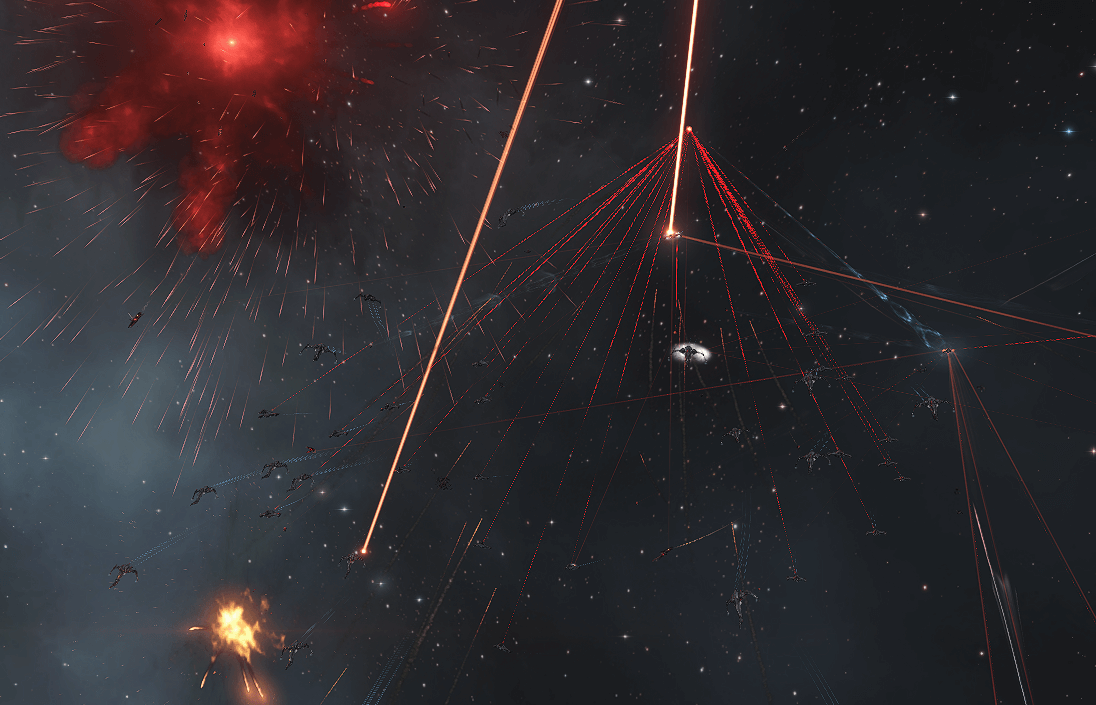 Many Caldari citizens have expressed shock and horror at the number of temperate planets and colonized oceanic and barren worlds the last wave of conquests have brought under Triglavian control. Fears that the Triglavians intend to "harvest" more than just the stars of the systems they conquer are sweeping the Caldari State, with protests consequently becoming progressively more vigorous and in some cases openly violent.

Caldari State security forces and the corporate police of the megacorps have shown uncharacteristic restraint in most instances, clearly under the strictest orders from the CEP and their corporate leadership. However, a number of incidents have spiralled out of control.

The deployment of "parahaze" gas on thousands of protestors in the park surrounding the Nugoeihuvi Corporation's headquarters spire on New Caldari Prime caused seven deaths and a number of injuries. Spacelane Patrol troops freshly deployed to CBD holdings on Muvolailen VIII used sonic "crowd dispersal" weapons resulting in the hospitalization of several hundred protestors. The CEP has condemned "anti-corporate agitators" for "initiating violence against corporate security forces and property".

For their part, millions of corporate citizens of every worker and executive classification short of the top echelons of megacorporation leadership have voiced some level of open disquiet and dismay at the performance of the Caldari Navy in the face of the Triglavian invaders. The protests have even gained the support of a member of the powerful Seituoda family.

Akari Seituoda, former CEO of Wiyrkomi-Seituoda Heavy Industries, spoke from retirement on New Caldari Prime saying, "The Caldari people are right to expect the State and Corporations to provide for effective defense of the Caldari way of life. To protest in the face of evident and criminal incompetence is not only understandable it is, to me, required as a citizen's duty within our way of life." 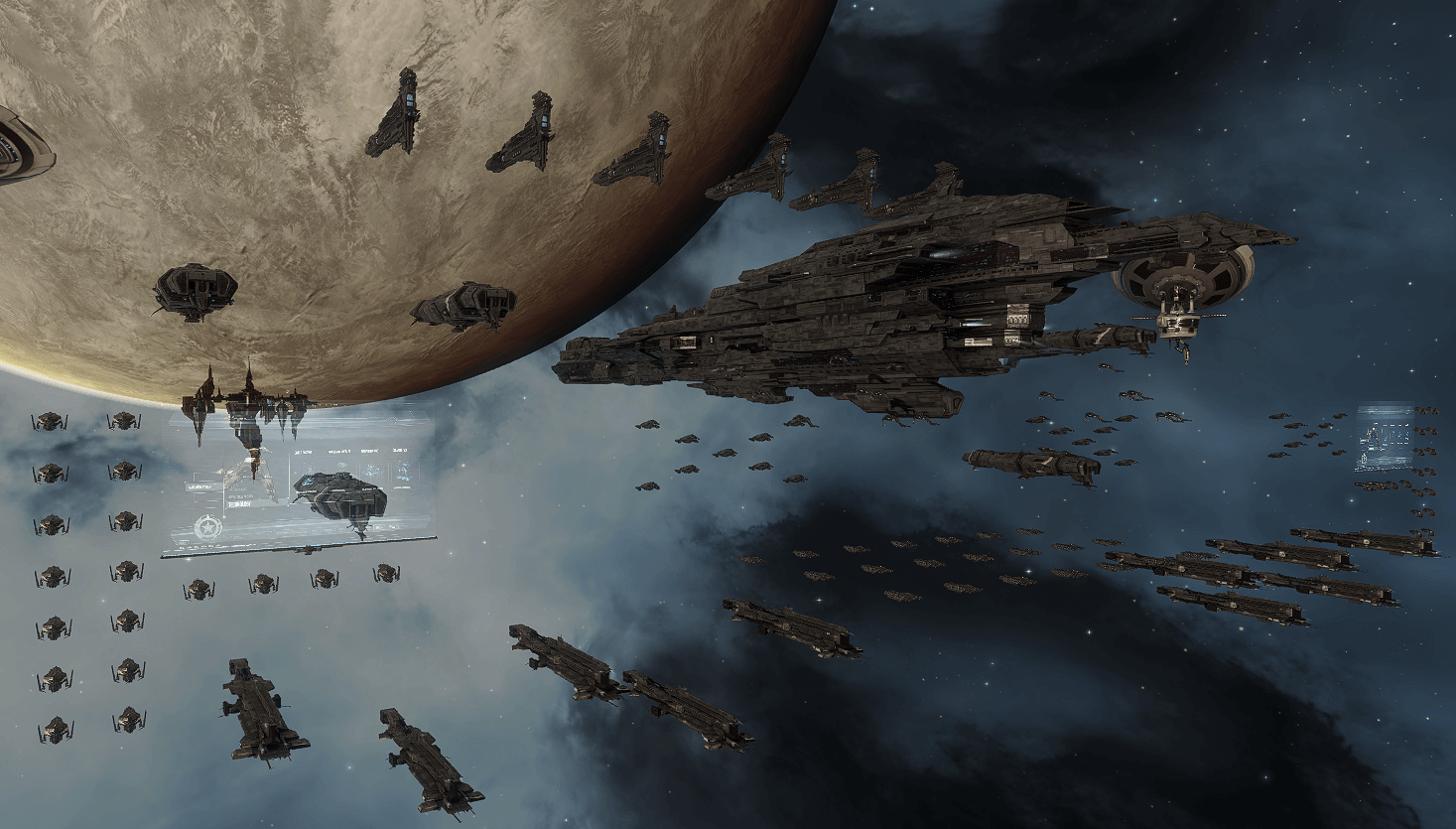 Above: ISS Istria Josameto and battlegroup in parade formation over Josameto VIII

Skarkon, Molden Heath – Khumatar Kril Efrit has asserted the Minmatar Republic's government in Skarkon system will "never consent to any diminution of the total and enduring sovereignty of the Seven Tribes of Matar in Skarkon." The Skarkon system governor's remarks were made in response to fresh capsuleer and warclone conflict with Republic-affiliated forces over Skarkon II.

Reports from independent observers in Skarkon system have confirmed that a number of capsuleers were engaged in efforts to "resupply" ground forces on Skarkon II this last Saturday. To that end, these capsuleers appeared to use the planetary customs office and a Bowhead-class freighter operating in low orbit. Conflict in orbit of Skarkon II erupted shortly after a large fleet of Seykal Expeditionary Force ships deployed over the planet, escorting their own flights of Bowhead-class vessels into low orbit of the planet.

A battle between capsuleer forces and the combined Seykal-Krullefor fleet broke out when a Naglfar-class Dreadnought opened fire. The capital ship was reportedly piloted by a capsuleer affiliated to self-styled anti-Krullefor warclone forces engaged in a conflict with Krullefor, Seykal and other forces on the surface of Skarkon II. The Khumatariat government has declared these warclone units "outsider terrorists" and claims an alliance with the Angel Cartel is among the alleged crimes of the warclones. The orbital battle ended following the destruction of this dreadnought and several Seykal battleships.

Witnesses and publicly available telemetry also confirmed that Krullefor Organization frigates were also in evidence as the Seykal ensured that three flights of Bowheads were able to reach the planet safely. The Bowhead-class is a flexible transport platform that a number of mercenary and corporate security forces have found useful as a troop and planetary operations materiel transport. The Scope's military experts estimate that the Seykal Expeditionary Force may have landed as many as 90,000 troops fully equipped and supplied for extended "urban pacification operations."

Khumatar Kril Efrit was himself very clear on the position of the Republic's system government: "We have always maintained that the outsider warclones are renegades and terrorists in league with the Angel Cartel, a criminal organization well known for spreading terror with slave raids on the outer colonies of our people. We now have unequivocal evidence that these outsiders are also in league with Amarr paramilitaries following their brazen assault on a legitimate security contractor's personnel transports alongside known Amarr loyalists. We also see that certain 'Matari' organizations have allowed the Amarr to burrow deep within their ranks and we have taken careful note of this. A popular slogan says 'All Invaders Must Die' and we might extend that to their collaborators."