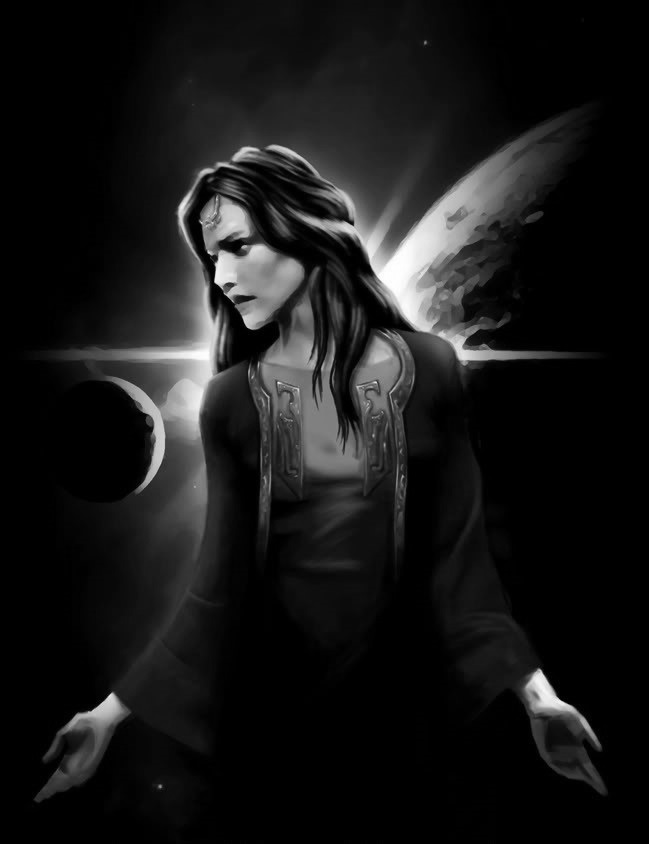 HEDION – After receiving a statement from Lord Pomik Haromi, Court Chamberlain of the Empire, Amarr Certified News has publicly confirmed the death of Her Royal Highness, Empress Jamyl Sarum I.

En route to formally commission the Amarr Navy’s new Imperial Issue Abaddon class flagship TES Auctoritas, and welcome her to The Throne Worlds Defence Fleet, Empress Jamyl and her Imperial Guard escort were ambushed in the system of Safizon as they arrived.

The assault on the Amarr Navy, which saw the destruction of the Avatar class titan TES Seraph, piloted by Empress Jamyl, is believed to be the largest and most costly loss of military hardware that the Imperial Armed Forces have suffered in over a century.

In the statement, released just moments ago, Chamberlain Haromi confirmed that Empress Sarum was “killed in action, defending God’s will, God’s chosen, and His Empire” before paying tribute to her “extraordinary strength, selflessness and humility before the watchful gaze of God.”

With tributes already pouring in from across the Empire as billions of Imperial Citizens flock to their places of worship, and messages of condolence arriving from heads of state across the cluster, Chamberlain Haromi reassured the Amarr people that “the Imperial Armed forces are on full alert, and will stay that way until such a time as the Court Chamberlain is satisfied that a stand down is necessary.”

Speaking before the Imperial press, the Chamberlain concluded the statement by saying that “All branches of the Imperial Military have been instructed that their primary objective is the defence of the Empire’s borders, her people, and God’s will.”

After the statement, the Office of the Court Chamberlain confirmed that handover of leadership from the Emperor Family to Chamberlain Haromi was completed less than an hour after the confirmation of the death of the Empress, and that his first actions were to place the entire Amarr Navy on high alert and call the heads of all branches of the Imperial Armed Forces and the Imperial government to Dam Torsad.

It is expected that in the coming hours, the leaders of the Ministry of War, Amarr Navy, Ministry of Internal Order, Imperial Chancellor, Theology Council, 24th Imperial Crusade and representatives of the Imperial Heirs will meet to assess the situation.