Amarr Prime – The arrival of the Kor-Azor and Tash-Murkon champions for the YC118 Championship Finals of the Imperial Succession Trials was anticipated in grand style yesterday, as Avatar-class Titans of the Imperial Guard took up station outside the Emperor Family Academy in Amarr. 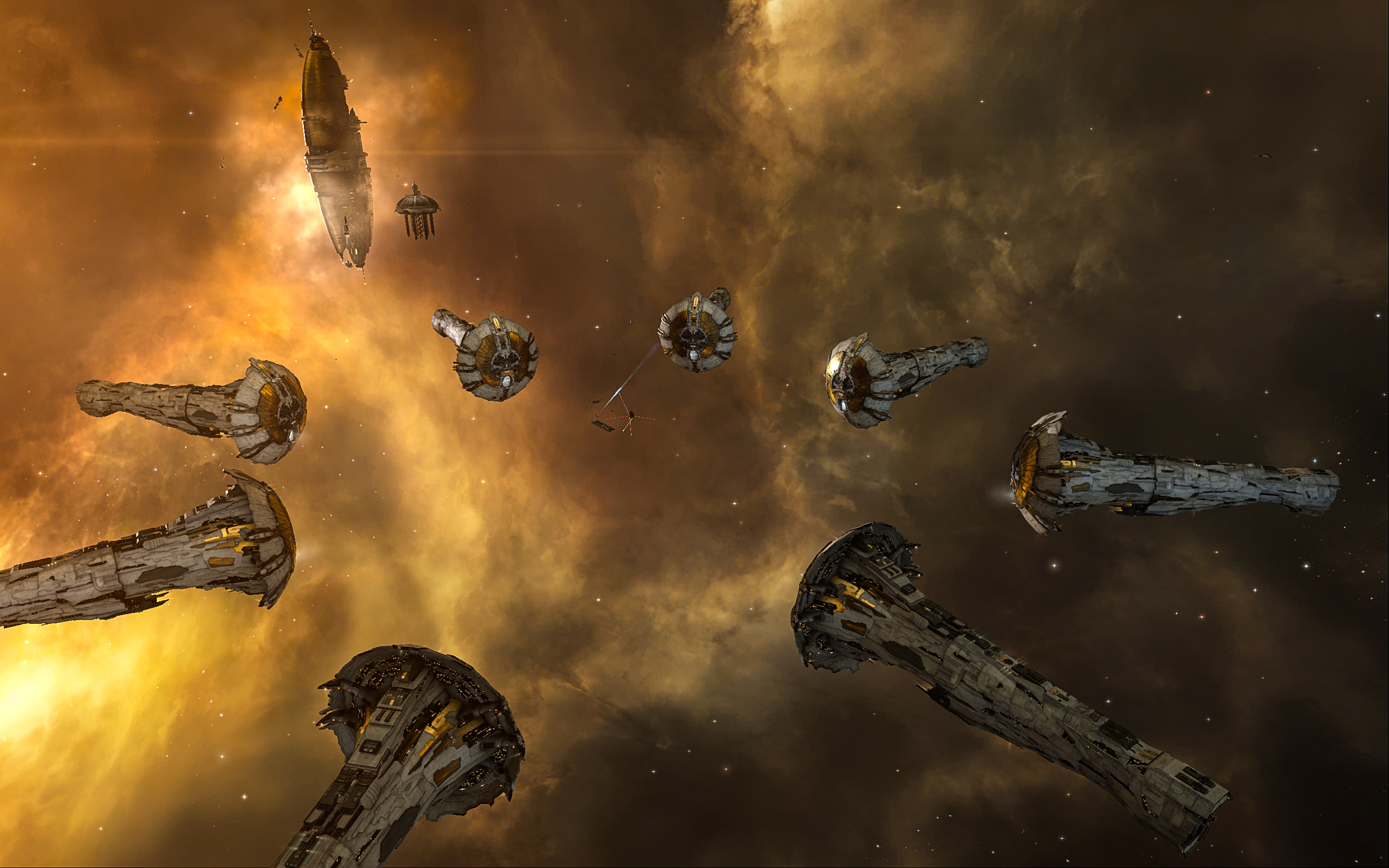 The formation of eight Avatar-class Titans, one for each of the Champions and Retainers of the Kor-Azor and Tash-Murkon teams, took up station close by the Emperor Family Academy to serve as the Honor Guard for Lord Lysus, Champion of Aritcio Kor-Azor, and Lord Kelon Darklight, Champion of Catiz Tash-Murkon.

The Kor-Azor and Tash-Murkon Championship Teams emerged victorious after the hard fought Royal Houses stages of the Imperial Succession Trials, in which all six Royal Houses held selection bouts, followed by combats to determine the two Royal Heirs that would contend for the Golden Throne of Holy Amarr. The final trials of the two remaining teams are to be held Friday April 22nd, before an elite audience of dignitaries, including a significant number of capsuleer pilots from across New Eden.

Lord Kelon Darklight of Tash-Murkon will face off against Lord Lysus of House Kor-Azor, after remaining undefeated throughout the House stages of the trials. While initially thought to be ruled out of the finals after a difficult start to the trials, Lord Lysus secured the place of Kor-Azor in the finals against House Tash-Murkon after a victory against the well-established Champion of House Ardishapur. This was sealed as victory against House Sarum by Lady Damassys Kadesh, Champion for House Khanid, saw the Champion of Merimeth Sarum, Lady Mitara Newelle eliminated, securing the finals placing for House Kor-Azor.

All House Champions have been entered into Book of Records as nobility of the Amarr Empire within the Houses they represented in the ancient trial of fire and blood.