Amarr Prime, Domain – The high holiday of Foundation Day is being celebrated across the Amarr Empire, with Avatar-class Titan battlegroups in parade formation in Amarr Prime and the capital systems of the six Royal Houses of the Empire. Foundation Day marks the construction of the Grand Basilica of St. Gheinok the First Prophet, at the heart of the Imperial City of Dam-Torsad, and is one of the most important religious holidays in the Empire's calendar. 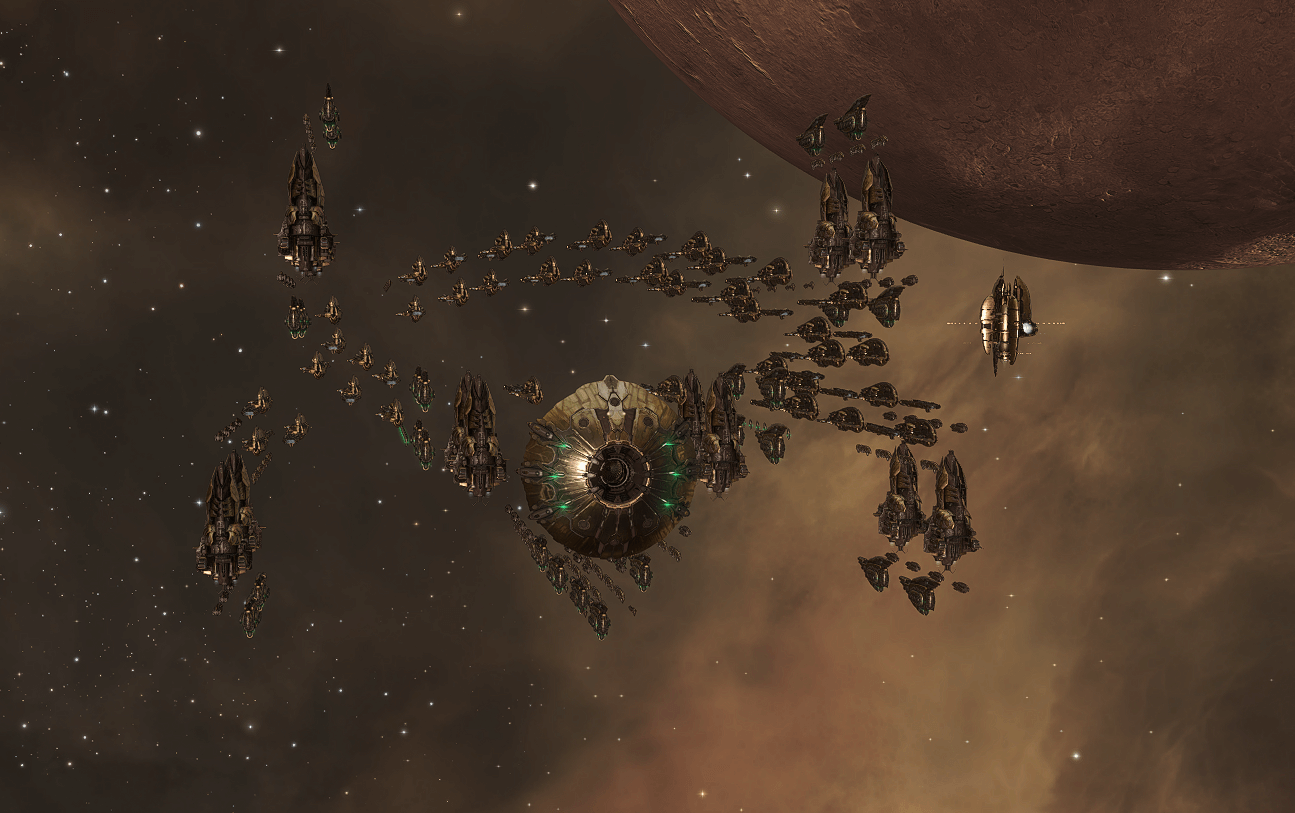 Above: TES Jamyl the Liberator in "Imperial Seal" Parade Formation in Amarr Prime

Empress Catiz I has ordained a week of festivities while emphasizing the need for vigilance against "enemies of Holy Amarr that hide within, as well as those who threaten the peace of God from without." In light of recent SCC tax changes, the Theology Council has declared that additional tithes or offerings made on Foundation Day or during the week of festivities will garner the "special favor of Empress and God." Capsuleers loyal to the Amarr Empire are also celebrating Foundation Day with a traditional spaceship parade around the Emperor Family Station in Amarr system. 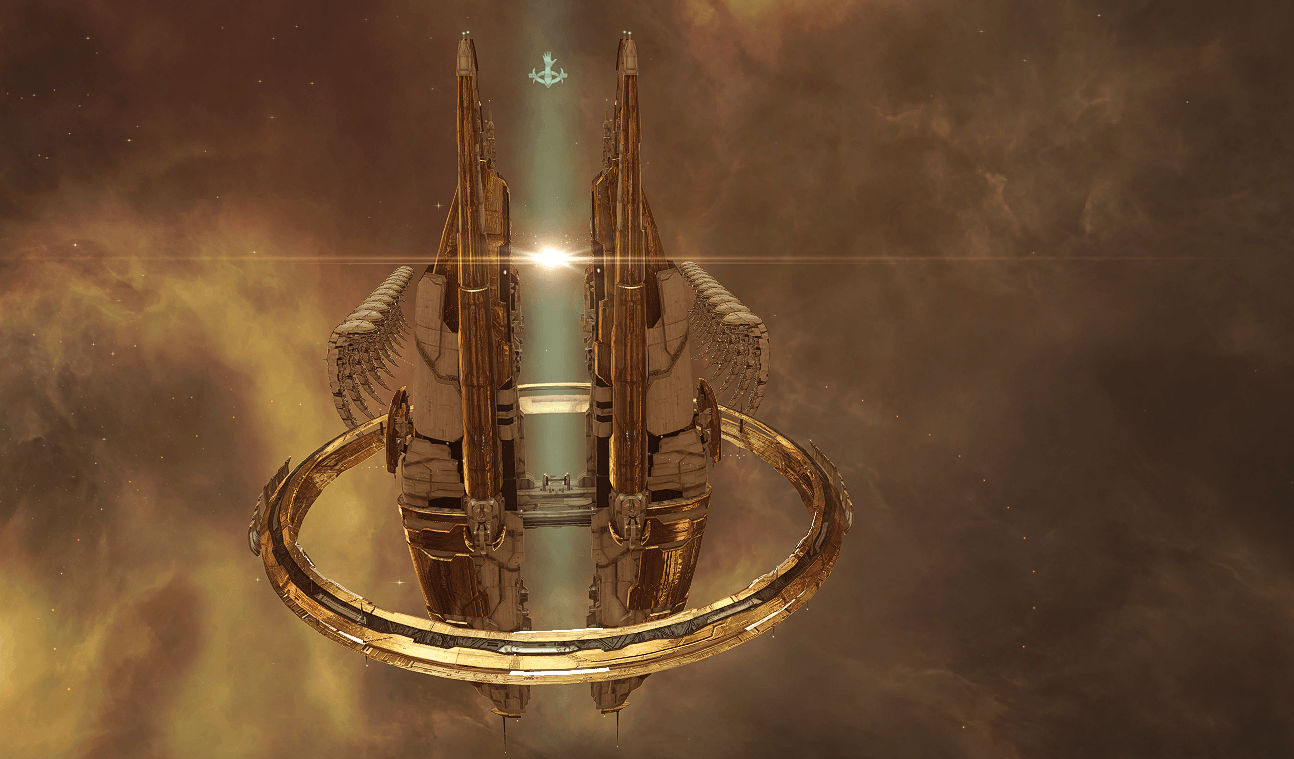 Above: Order of St. Tetrimon Fortress Monastery in Thebeka system

Despite crackdowns on dissent and the hunt for heretical cults and terrorist cells continuing, celebratory gatherings and movements of religious pilgrims are only slightly down as compared to previous years, with number comparable to those seen during last year's festival during the Triglavian Invasions. Even so, the various security forces of the Empire are maintaining a highly visible presence, and appear to be particularly attentive in monitoring the large movements of Imperial subjects and foreign tourists typical during such festivities. 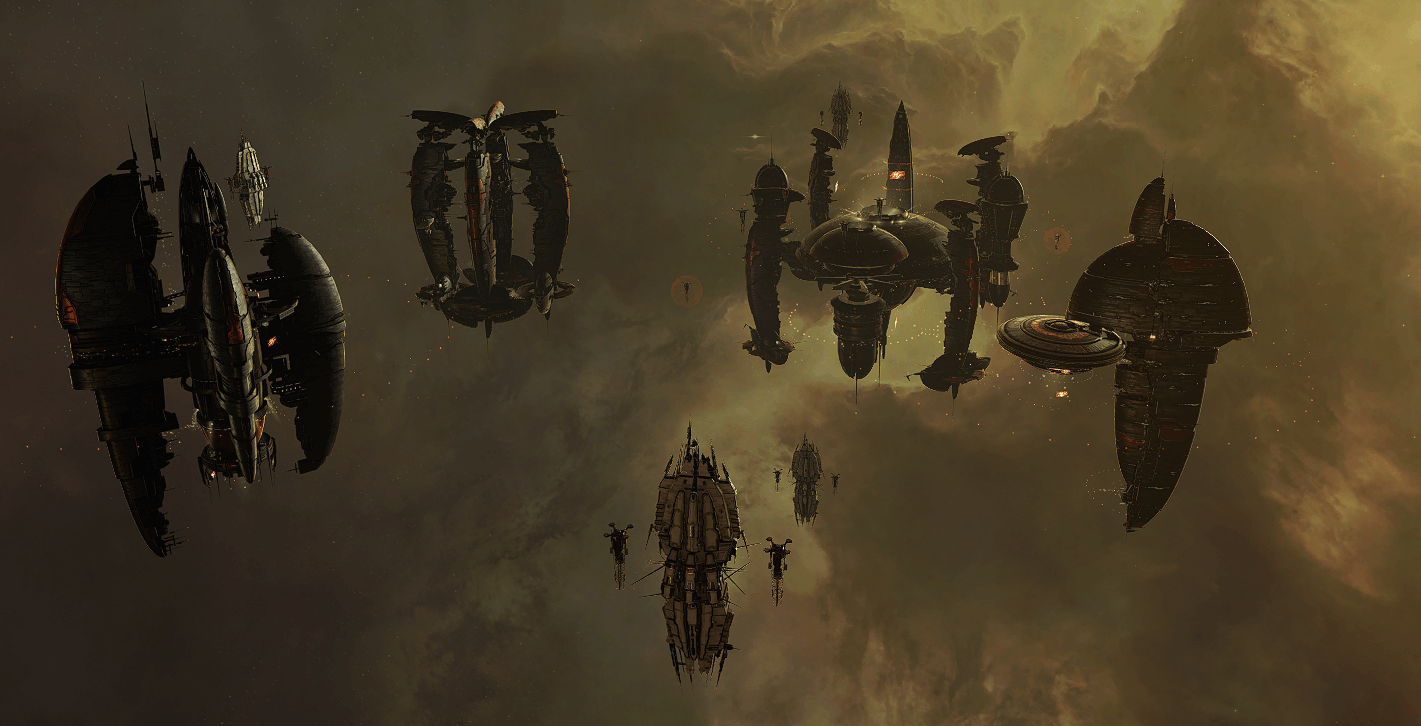 Imperial and House militaries are also continuing to rebuild and redeploy their forces as the aftermath of both the Triglavian Invasions and the Equilibrium of Mankind terrorist plot settle back into diplomatic contention between the empires. The Imperial Navy is reported to have returned the oldest of the so-called "Mausoleum Fleets" activated at the height of the Invasions to storage and the care of the religious orders tasked with maintaining such reserves.

Royal Houses and military orders are also notable in having built up their forces and establishing new bases and fortifications. The Tash-Murkon Family has followed its development of a stargate link into the Stain region with the construction of a new, even more formidable fortress at the Traumark Installation in Saminer system. Under Ardishapur Family sponsorship, the militant Order of St. Tetrimon has also established a "fortress monastery" at the fringes of the Thebeka system, scene of a slave rebellion, pacification campaign and capsuleer conflict in which the order took an active role. 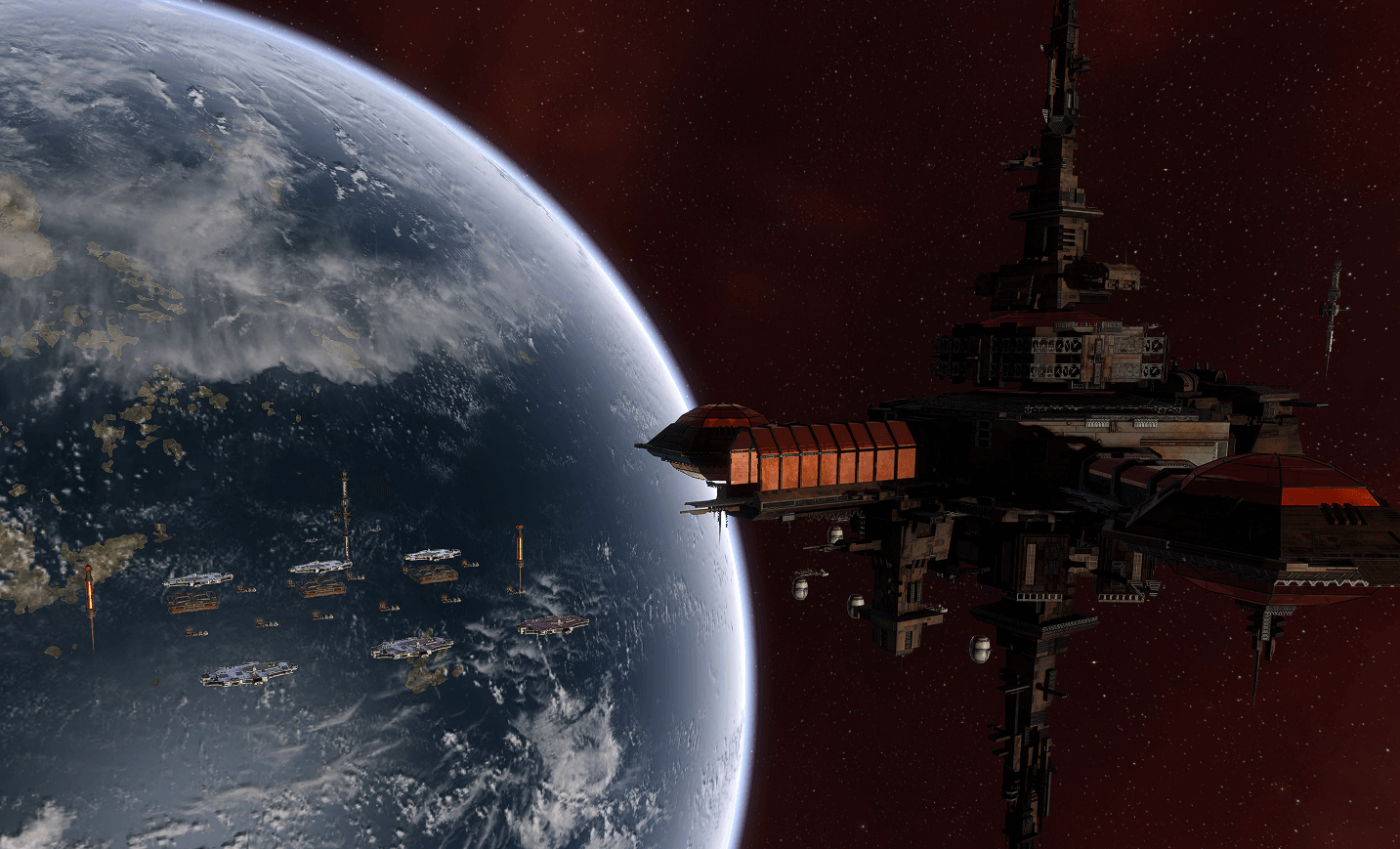 Above: New station under construction in orbit of Matar, Pator system