The Keepstar-class citadel is the most sought-after citadel in the whole of New Eden. Developed by Upwell Consortium they are extremely powerful but come with a very large price tag. A Keepstar will cost you around 200 billion ISK and are the only structure large enough to dock Super carriers and Titans. There were only four known citadels in the depths of wormhole space; two belonging to Hard Knocks Citizens [HKRAB], one belonging to Lazerhawks [LZHX] and one belonging to Inner Hell [-INHE].

On Thursday the 13th of July, YC119, the system of J135031, occupied by Inner Hell, saw the first ever wormhole Keepstar come under heavy attack. A combined force of Hard Knocks Citizens and Lazerhawks descended on the Citadel with a carrier fleet. With the capitals dealing the main damage a group of Machariel battleships hung nearby providing support. There were roughly 30 carriers, mostly comprised of the Thanatos class with a few Nidhoggurs and Chimeras as well. These larger ships would warp in at range to the Keepstar and launch their fighters, before heading back to their staging Fortizar nearby. This tactic allowed them to stay out of range of the deadly weaponry employed by the Keepstar. Additionally, If the citadel's defenders had shown up the carriers would have been in a position to easily disengage and tether on the Fortizar. 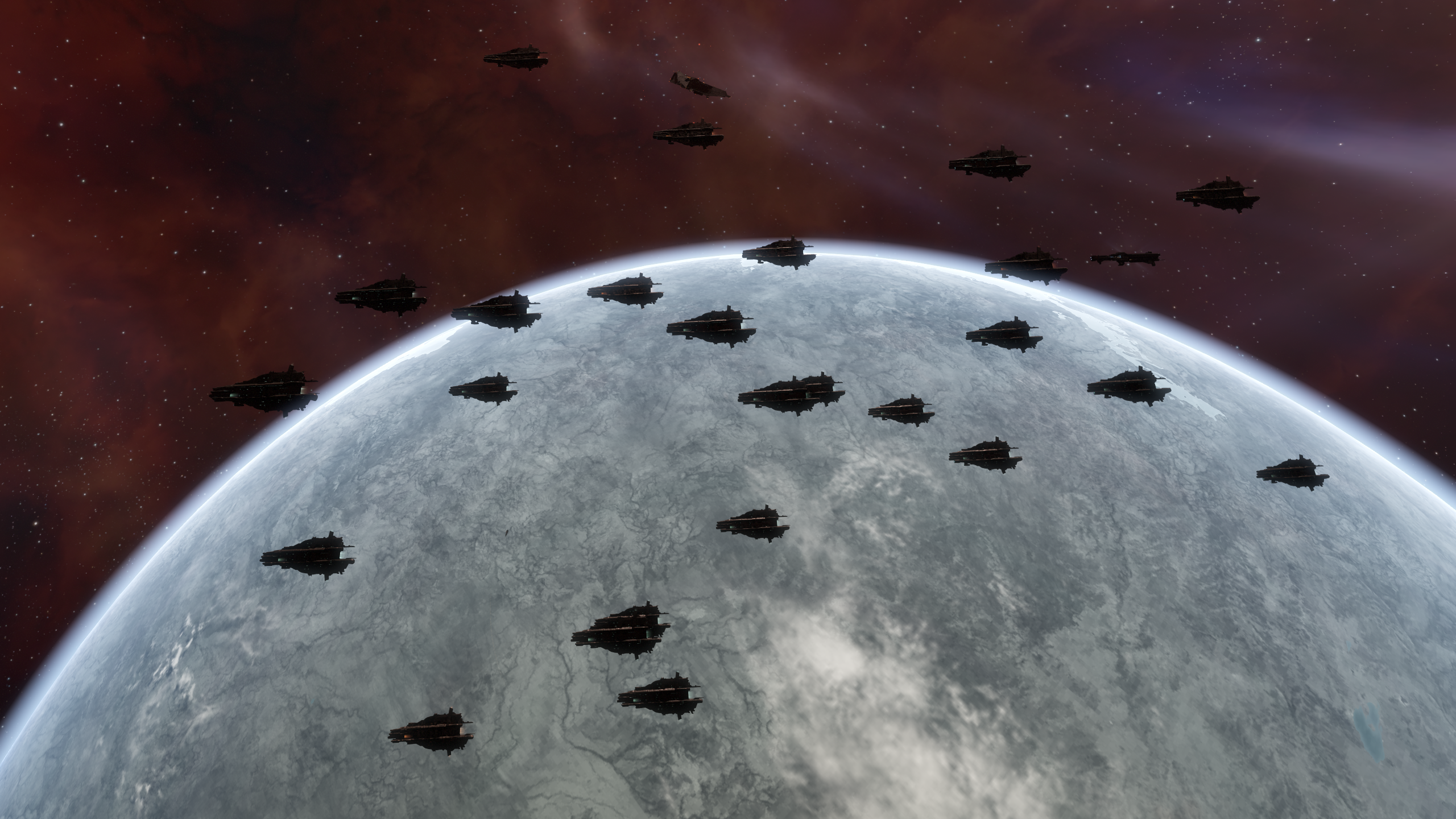 The Keepstar was quickly stripped of its shields and went into a reinforced state. The next day, Friday 14th, YC119, saw the second phase of the assault on the enormous structure. This time the goal for the wormhole's invaders was to destroy the armour of the Citadel. Repeating their tactic of the day before, Hard Knocks and Lazerhawks warped at range with their carrier fleet and deployed fighters, warping back to their Fortizar for cover. As their combined force seethed around their staging point they set to work destroying the armour of the Keepstar. The massive citadel was again knocked back into reinforcement and the attackers now found themselves one step closer to their goal, having just one more day before they could destroy it completely.

On Saturday 15th, YC119 the final timer for the Keepstar drew closer. Once again Hard Knocks and Lazerhawks set their carriers up in their routine manner. Several times Stealth bombers had decloaked and launched bombs at the fighters and Citadel in the hopes of being on the final killmail when it was received. Many of these bombers were eliminated with only a handful of Sabres lost as a result. Just before the Keepstar died Hard Knocks and Lazerhawks warped in dreadnoughts at 0 on the citadel, most likely to let their pilots get on the kill. A few Dreadnoughts had warped in early and as a result were destroyed. The Keepstar started to fire its Standup Arcing Vorton Projector but died before it was ready to fire. As a result, the dreadnought fleet survived.

Noobman from Hard Knocks who helpfully agreed to be interviewed for this article said that, "The target was not chosen out of malice, it was chosen because the goal was to kill a Keepstar in wormhole space. I want to say I helped FC [Fleet command] this op but the two people that organised everything are Braxus Deniard and J3rz11. Months ago we told our members that they needed to train carrier pilots and able to use fighters. After that we started the process of buying up carriers and dreadnoughts and moved them to some of our C6 Wormholes that had a Static Class 6 wormhole. About 5-6 weeks ago we told our members to move into the static C6 holes and we would start seeding them into the target. We had some days we would get zero pilots into the target and some days we would get over 20 capitals in.In total we seeded 143 capitals. 60 Dreadnoughts, 74 Carriers, 4 Force auxiliaries, 4 Freighters and 1 Rorqual. We planned for multiple scenarios and brought in multiple fleets to reship and fight certain defence fleets."

Noobman also informed New Eden Correspondents that there was over 120 billion ISK worth of loot that was not destroyed when the Keepstar exploded.

"We used to call it 'Домашка' when we were referring to it. A rough translation is 'home'," says Confiscated when asked what they called J135031. He also mentions he only found out about the attack on their Keepstar thanks to Reddit. When asked if Inner Hell would survive through this tremendous blow his reply was positive  - "Yes, we will continue to live and prosper even after this. We will continue getting our content from Null. We will also be putting a Keepstar in our new home". When asked if he had any other comments he replied "I'd like to acknowledge that HK [Hard Knocks Citizens] did a great job. I used to do evictions with our guys and it's a lot of work to keep hole control and to get capitals in."

I would like to thank Noobman and Confiscated for taking the time to talk with New Eden Correspondents.

A list of all the ships that survived the Citadel's explosion can be found here along with some of the stealth bomber kills.

The killmail can be found here.